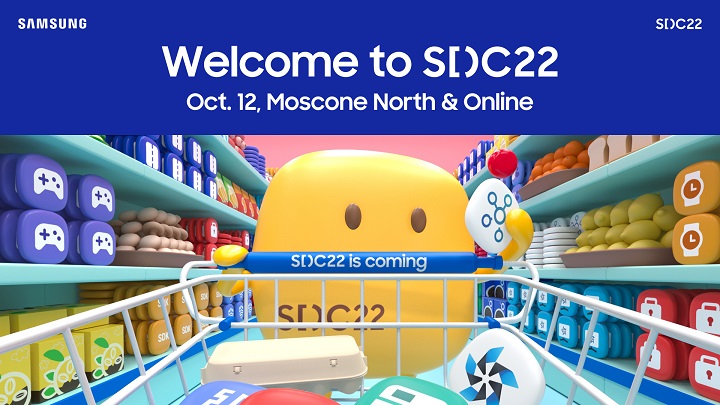 This image shows an advertisement for the Samsung Developer Conference, which will be held by Samsung Electronics Co. at Moscone North in San Francisco on Oct. 12, 2022.

SEOUL, Sept. 7 (Korea Bizwire) — Samsung Electronics Co. said Wednesday it will hold an annual global conference for developers in the United States next month to discuss its home automation platform for connected devices.

The Samsung Developer Conference (SDC) will be held at Moscone North in San Francisco on Oct. 12, both in person and online, with a focus on its SmartThings platform and calm technology aimed at giving users a smarter and more convenient experience.

Han Jong-hee, vice chair and head of Samsung’s Device eXperience division, is scheduled to give a keynote speech.

At the IFA 2022, which took place over the weekend in Berlin, Han unveiled a vision to connect home alliances not only of Samsung, but also of 12 other companies that belong to the Home Connectivity Alliance.

And he said the company will seek to collaborate on the subject with global developers.

Samsung plans to make all of its home appliances Wi-Fi enabled by the end of next year and double its SmartThings membership, currently with around 230 million members worldwide, in the next five years.

During the conference, topics will also cover “Samsung’s latest developer-focused platforms and tools,” such as Bixby, One UI 5, Matter, Samsung Wallet and Tizen, the company said.

The conference, started in 2013, went all-virtual last year due to the COVID-19 pandemic.