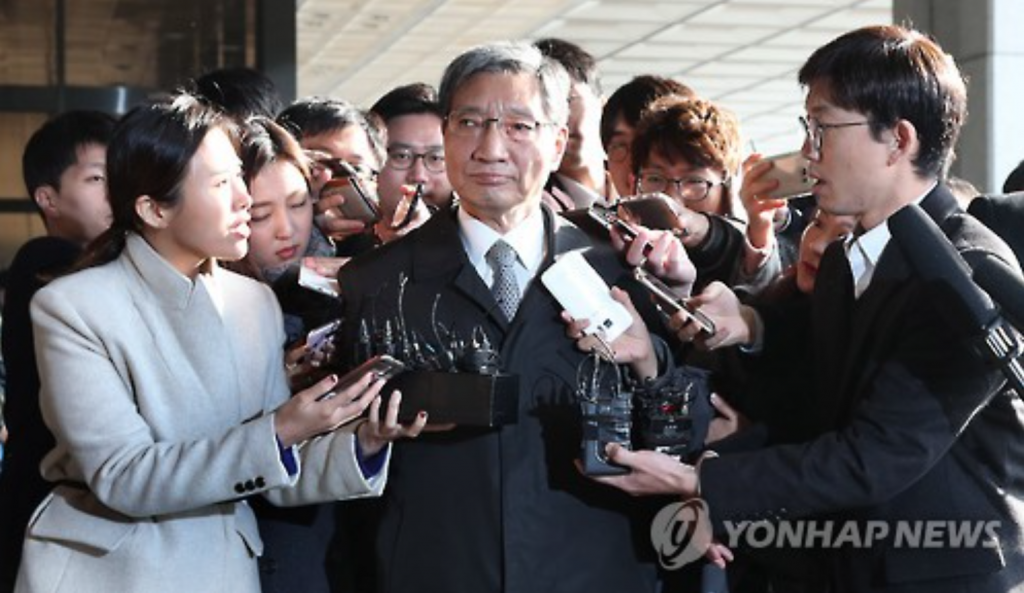 Prosecutors suspect that the group gave 3.5 billion won (US$3 million) to a company in Germany owned by Choi and her daughter Chung Yoo-ra, under the name of a consulting arrangement, last year to fund Chung’s equestrian training.

Samsung also gave another 20.4 billion won to two nonprofit foundations allegedly controlled by Choi, which is the largest amount among some tens of billions of won donated by 53 companies from 19 business groups in the country.

The questioning came 10 days after the prosecution raided the group’s headquarters in southern Seoul and confiscated computer hard drives, accounting books and other documents related to the latest scandal. It marked the first time in eight years for the conglomerate’s main office to be subject to a search by the authorities.

Investigators are expected to quiz the senior executive over the top management’s involvement in the transactions and if the money was handed over in return for business favors.

Chang declined to comment on any of the allegations raised when entering the prosecutors’ office.

Prosecutors have been summoning a number of leading executives from Samsung, including Samsung Electronics Co.’s Vice Chairman Lee Jae-yong, the heir apparent of the family-run group.