SEOUL, April 29 (Korea Bizwire) — Samsung Electronics Co. on Wednesday delivered a solid first-quarter earnings performance on the back of its chip business despite the coronavirus outbreak, but the company expected its bottom line to go down in the current quarter as the pandemic will significantly affect demand for some of its key products.

However, its net profit slid 3.15 percent to 4.8 trillion won over the cited period due to decreased gains from equity ties and increased non-operating expense.

Samsung’s solid performance in the first quarter was led by its semiconductor business, as increased demand for server chips used for data centers and the steady rise of memory chip prices helped the company stay afloat amid the novel coronavirus crisis.

Samsung said its improved product mix in the mobile business and additional diversification of the company’s customer base in mobile OLED display also contributed to its estimate-beating first quarter earnings result.

However, Samsung expected its second quarter results to decline due to the fallout from the novel coronavirus, with its mobile business taking a heavy toll.

“Memory demand is expected to remain robust for servers and PCs as more people work from home, but it is possible the mobile market may soften,” the company said.

“Sales and profits of set products business, including smartphones and TVs, are expected to decline significantly as COVID-19 affects demand and leads to store and plant closures globally.” 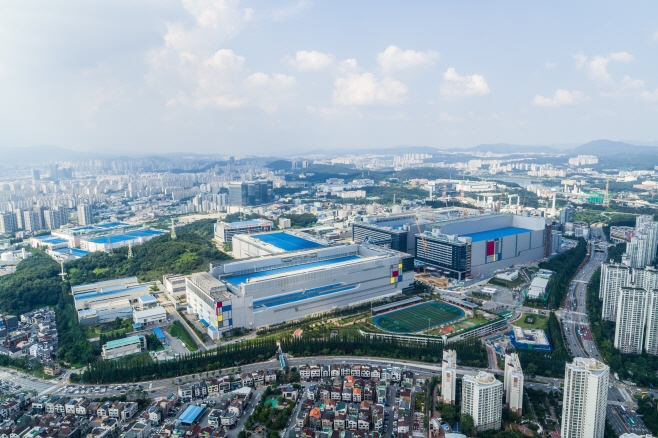 Revenue from the semiconductor division stood at 17.64 trillion won in the first three months of 2020, a 21.9 percent increase from a year earlier, with its non-memory chip products racking up a record high 4.5 trillion won.

Samsung’s operating profit from the chip business division declined 3.1 percent on-year to 3.99 trillion won but was higher than the fourth quarter.

“The memory business saw solid demand in the period, despite weak seasonality and the effects of COVID-19, thanks to continued investments in 5G infrastructure and increased demand from cloud applications related to remote working and online education,” Samsung said.

Earnings from its system LSI business also increased, thanks to rising demand of 5G mobile processors and high-resolution image sensors for high-end smartphones, according to Samsung.

But its foundry business saw a slight drop in earnings.

According to industry tracker DRAMeXchange, the average contract price of 8-gigabit DDR4 DRAM, a benchmark price for the category, reached $2.94 in March, up 2.1 percent from a month earlier, extending its price hike to a third consecutive month.

Samsung said bit growth for DRAM will stay flat in the second quarter, but that of NAND flash will grow by a low single-digit percentage.

The company said there is a limited possibility that chip prices will drastically change like they experienced at the end of 2018, adding that its NAND flash inventory has been staying at normal levels since end-2019, while that of DRAM is expected to reach normal levels at the end of the second quarter.

The company attributed its profit increase in the mobile business to an improved product mix with the launch of its flagship smartphone line, the Galaxy S20 series, and efficient management of marketing expenses.

The South Korean tech titan expected its smartphone sales in the second quarter to decline due to store closures and overall market contraction caused by the novel coronavirus, but it projected a slight increase in tablet sales. 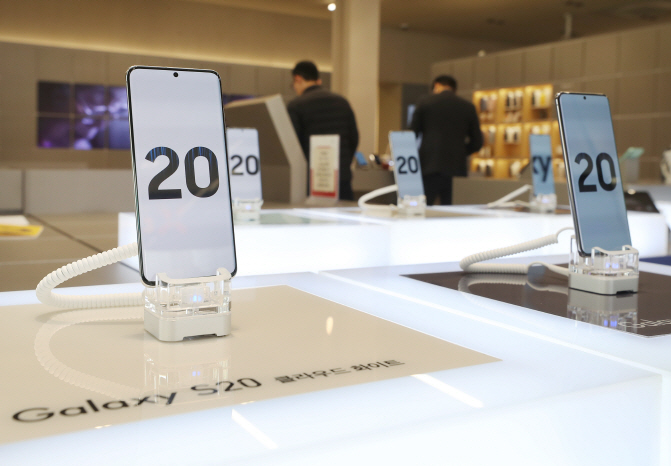 Samsung’s display panel business swung to red from the previous quarter after posting an operating loss of 290 billion won.

However, it narrowed from a 560 billion-won loss a year earlier. Its sales jumped 7.6 percent on-year to 6.59 trillion won in the first quarter.

“Mobile displays posted a decline in earnings amid weak seasonality and lower sales in China due to COVID-19-related shutdowns, while losses narrowed in the large panel business,” the company said.

Samsung expected a further decline in earnings at the display business division in the second quarter due to a heavier COVID-19 impact on advanced markets like the U.S. and Europe.

It also forecast weak earnings in large displays for TVs, since major sporting events like the Tokyo Summer Olympics have been postponed due to the virus pandemic.

The company blamed weaker seasonality and impact from COVID-19 for its lower earnings in the sector.

Samsung said its TV sales in the first quarter declined by mid-20 percent compared to the previous quarter. The world’s leading TV vendor added that its TV sales are projected to decline by 10 percent in the second quarter.

Samsung expected that global uncertainties driven by COVID-19 will persist in the second half.

To cope with the crisis, the company vowed to focus on “optimizing resource allocation in the short term, while continuing to strengthen its technology leadership.”

For its memory chip business, Samsung expected market conditions to be favorable due to solid server and PC demand, as well as rising cloud services.

“With a flexible product mix and investment approach based on market changes, the company will focus on accelerating transition to 1Z-nm DRAM and 6th-generation V-NAND,” it said.

For the mobile business, Samsung said it plans to reinforce its online and B2B channels and improve cost efficiency.

The company added that it is working to launch smartphones, such as new models of the Galaxy Note and foldable smartphone, in the second half as planned.

For its consumer electronics, Samsung said it will pursue “efficient marketing and promotions tailored to each region” and will minimize the virus impact by optimizing its logistics.

Samsung said the expansion of its second chip factory in Xian, China, will go as planned.

The company added it plans to retool its LCD productions in Asan, South Korea, to produce next-generation quantum-dot display but is still mulling options for its display plant in Suzhou, China.

Meanwhile, Samsung said it will pay 354 won in dividends per share, delivering a total of 2.4 trillion won to its shareholders.

Shares in Samsung Electronics fell 0.2 percent to close at 50,000 won on the Seoul bourse. The earnings results were released before the market closed.