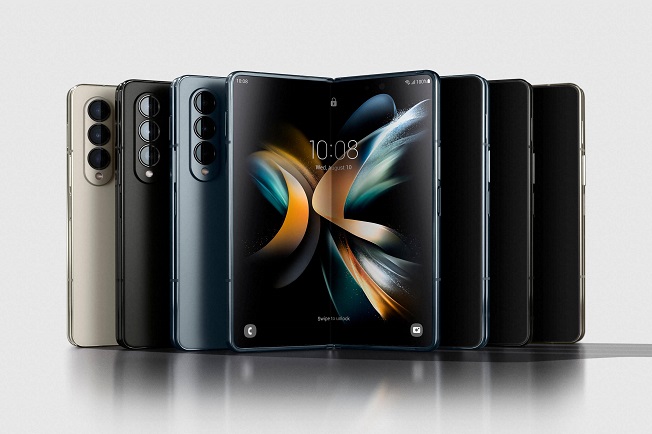 SEOUL, Aug. 10 (Korea Bizwire) — Samsung Electronics Co. on Wednesday introduced its latest lineup of foldable smartphones and other key products, as the tech giant is working to achieve a breakthrough in the stalled smartphone business amid weakened consumer spending.

The next-generation foldable smartphones, the Galaxy Z Flip 4 and the Galaxy Z Fold 4, were unveiled during the Galaxy Unpacked online event “Unfold Your World.”

The clamshell-style Galaxy Z Flip 4 comes with a longer battery life and is fitted with a thinner hinge, which joins the two halves of the phone, compared with the previous model that came out about a year ago.

It also allows users to make phone calls and take photos without flipping open the phone, and has an improved user experience when uploading short videos on Facebook, WhatsApp and Instagram, according to Samsung.

The much larger Galaxy Z Fold 4, which opens like a book, offers an enhanced multitasking and user-friendly screen environment with a layout similar to that of a PC. It also comes with a longer battery life and better shock protection features.

The Fold 4 weighs the lightest, at 263 gram, when compared with its previous entries.

Samsung said the phone supports the drag-and-drop feature for Google applications, including Gmail, so that users can quickly and conveniently share files and photos. 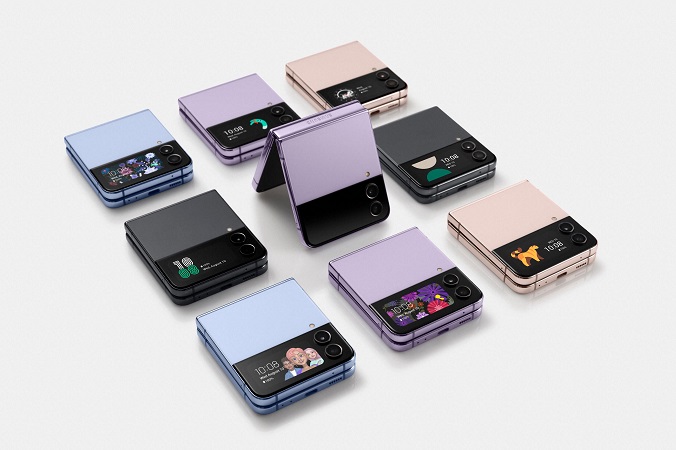 The latest foldable smartphone series came at a time when the world’s largest smartphone maker, like many other consumer devices companies, is facing headwinds from global economic woes that have left consumers with less money to spend on nonessential goods.

The tally is down 19 percent from the previous quarter but slightly up from 58 million a year ago.

Global smartphone shipments declined 9 percent on-year in the three months ending in June, as consumers’ disposable income has been cut by spiking inflation.

Analysts are projecting a gloomy economic forecast for the second half of the year, as the ongoing war in Ukraine, surging inflation and a virus resurgence around the world could cool demand even further. 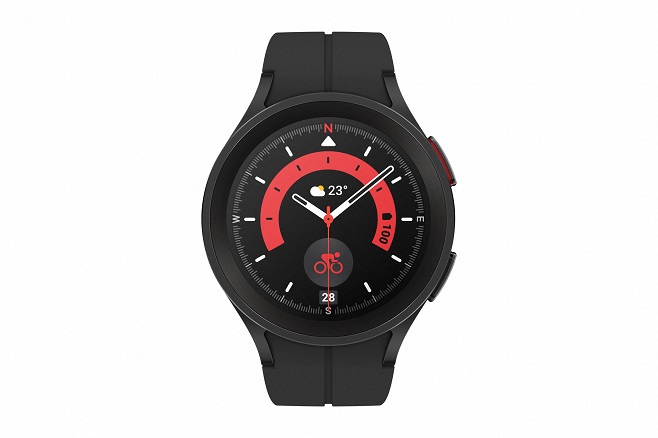 As part of efforts to breathe new life into the smartphone market that appears to be lacking groundbreaking innovations, Samsung is pushing to make its foldable smartphone series another “main column next to the Galaxy S series” and a key category in the premium segment.

According to industry tracker Counterpoint Research, Samsung will dominate the market with a 75 percent market share until 2023.

Samsung’s rival Apple is also speculated to enter the foldable market in the coming years.

The Galaxy Watch 5 can sense when a user falls asleep and switch external devices, like lighting, TV or air-conditioner, to a sleep mode through the SmartThings platform.

They will be officially launched on Aug. 26 in South Korea, the United States and Europe, Samsung said.