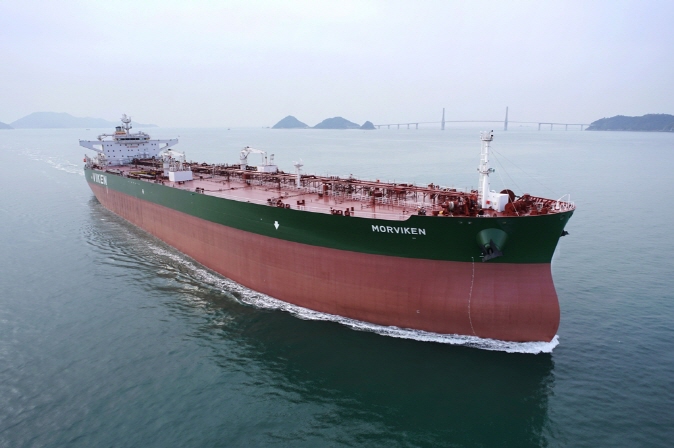 Samsung Heavy said it had acquired approval in principle from DNV GL, a Norway-based classification society, for its fuel cell-powered Aframax COTs.

Aframax refers to a medium-sized crude carrier with a dead weight tonnage (DWT) ranging between 80,000 and 120,000.

Greenhouse gas emissions will decrease by more than 45 percent if fuel cells are applied to an Aframax COT.