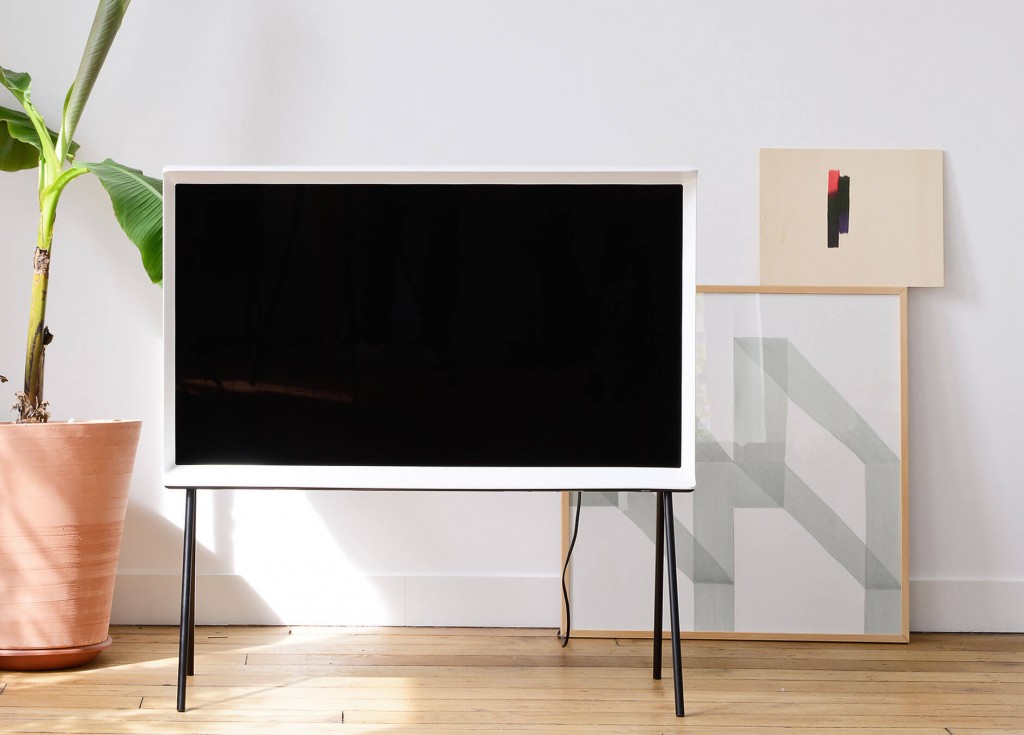 Samsung’s Serif TV, which comes in a stylish wood, plastic or metal frame intended to give a retro look, was showcased at the London Design Festival on Monday (U.K. time). (image: Samsung Electronics)

Samsung’s Serif TV, which comes in a stylish wood, plastic or metal frame intended to give a retro look, was showcased at the London Design Festival on Monday (U.K. time), the company said in a statement.

The new smart TV was designed by the Ronan and Erwan Bouroullec brothers as their first electronics appliance, Samsung said. The designer duo’s artistic motives are known to be largely based on nature.

The Serif was named after the namesake font that has its edges sticking out. It is designed to stand up on its own or be hung on a wall but also comes with a pair of legs.

Its fabric panel cover on the back offers users a fancy way of hiding the connectors and ports, it added.

Samsung said it will be displayed at an exhibition booth in the Somerset House until the end of the week.

It is also equipped with a “curtain mode,” which refers to an opaque filter that appears on the screen resembling a fabric on which a menu will appear for watchers to select additional functions.