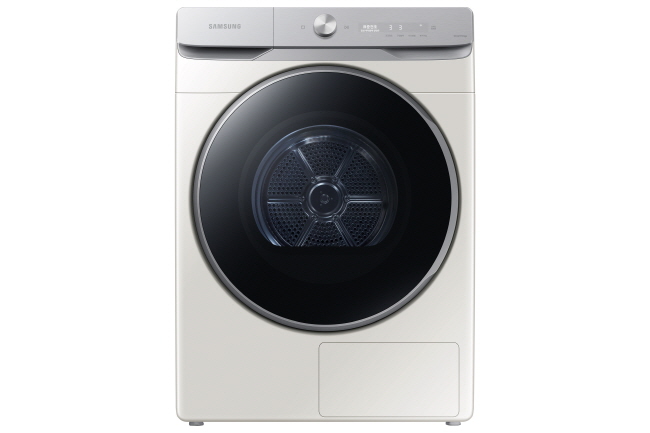 Industry officials expect that South Korea’s clothes dryer market could grow up to 2 million units this year, and the two electronics giants have been claiming that they will take the lion’s share in the sector.

Samsung was the first one to make the move, launching its Grande AI range of dryers on Jan. 29.

Samsung said sales of the Grande AI dryer have topped 10,000 units just a month after its launch, which is double the pace of its previous 16-kilogram dryer models.

“We believe that the dryer’s upgraded AI system; better hygiene features against dust, water residue and rust; and its slim design have led to successful sales,” Samsung said.

Samsung’s Grande AI dryers are priced between 1.89 million won (US$1,580) and 1.99 million won in South Korea depending on options. 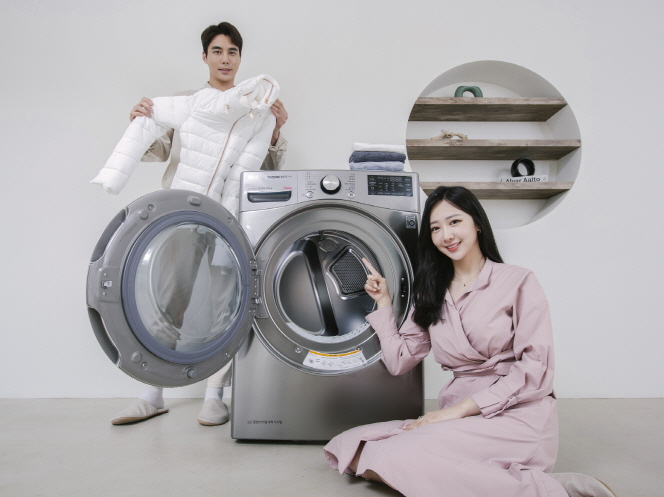 LG threw its hat into the ring on Thursday by launching its STEAM ThinQ dryer, emphasizing its “TrueSteam” technology that focuses on sterilizing bacteria and allergens.

To boost its sales, LG said it will give away an air refresher to those who purchase its dryers by the end of this month. Those who buy its dryers with other home appliances can also get cashback rewards, it added.

Industry insiders said LG will try to redeem its reputation in the dryer market with the latest product.

The move came after a series of consumer complaints that too much lint and dust accumulated in the condenser, a part that removes humidity by circulating air inside the tumble dryer.