This photo provided by Samsung Display Co. shows the company’s plant in Asan, around 100 kilometers south of Seoul.

Samsung Display CEO Choi Joo-sun recently told employees that the company is reviewing the possibility of extending large-size LCD panel production through the end of next year.

The company originally planned to withdraw from the LCD business last year due to fierce competition with Chinese brands and expedite its migration to next-generation quantum-dot (QD) displays.

LG Display also has been producing LCD TV panels in South Korea far beyond its planned deadline. It previously sought to shut down operations of domestic LCD production lines by the end of last year and focus on expanding OLED capacity. 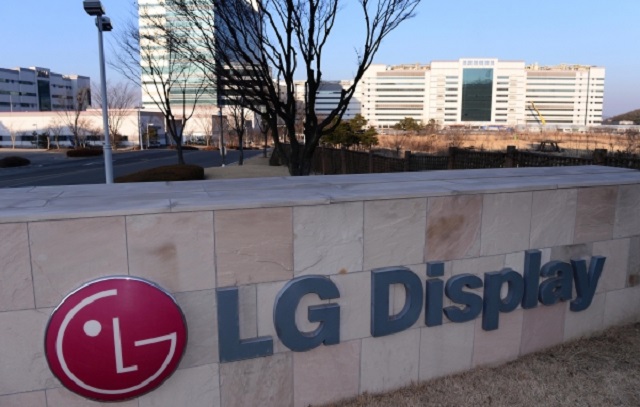 This photo provided by LG Display Co. shows the company’s plant in Paju, north of Seoul.

According to market researcher Witsview, the average LCD panel price in the first half of May jumped to its highest level since June 2015.