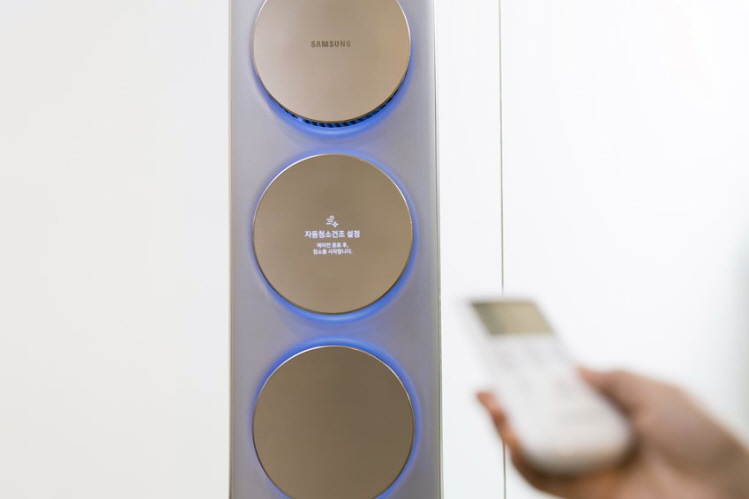 IoT is a concept in which objects are connected to the Internet and identify themselves to other devices to exchange data for user convenience.

LG Electronics Inc. said it will hold a session at its headquarters in Yeouido, central Seoul, on Thursday to promote 2018 models of Whisen air conditioners.

The new models will provide optimized services to consumers through deep-learning technology with the help of LG’s AI brand ThinQ.

LG said it will provide buyers of the new Whisen models with various gifts and discounts.

The new models have an updated voice assistant system, Bixby 2.0, which can be applied beyond smartphones to other home appliances.

Unlike Bixby 1.0, which focused on comprehending users’ environment and context on smartphones, Bixby 2.0 is applied to refrigerators, televisions and other home appliances, connecting all electronics by introducing deep learning capabilities and enhanced natural language abilities to better recognize individual users and create a predictable, personalized experience that better anticipates user needs.

Dayou Winia Co. said that within January it will release new models of Winia air conditioners that are more energy efficient and can clean air with the help of a built-in AI system.

“Demand for air conditioners is growing in all seasons, as they are equipped with air purification and dehumidification functions,” an industry source said. “Companies are releasing air conditioners during winter as there is a drastic rise in demand during the summer peak season.”