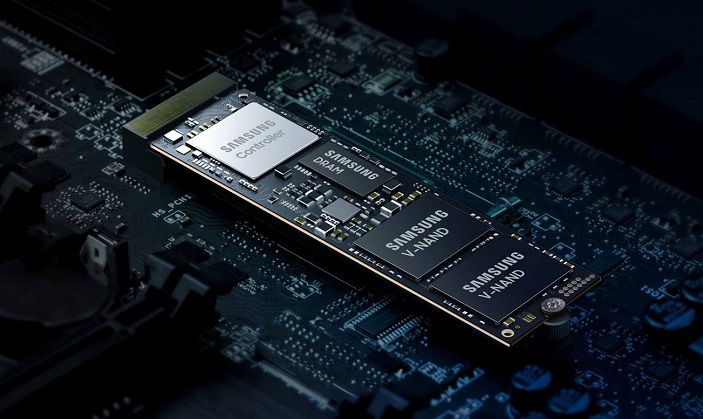 SEOUL, June 8 (Korea Bizwire) — Samsung Electronics Co. aims to expand the use of its seventh generation V-NAND chip solutions, a senior executive said Tuesday, as the South Korean tech giant eyes to bolster its technology prowess in the memory sector.

In the second half of the year, the world’s leading memory chip maker will introduce a new consumer solid state drive (SSD) product based on its seventh generation V-NAND chip that boasts the smallest cell size yet in the industry, according to Song Jai-hyuk, head of Samsung’s flash memory products.

“The company’s solution will be optimized for multitasking huge workloads, such as simultaneous 3-D modeling and video editing,” Song said in an editorial posted on the company’s website.

“Samsung is also planning to expand the use of its 7th generation V-NAND to data center SSDs.”

V-NAND refers to Samsung’s NAND flash solution vertically stacking memory cells in a 3-D structure. Samsung is the first chipmaker to commercialize such a memory solution, having unveiled its first 3-D V-NAND in 2013.

A NAND flash is a type of non-volatile memory that stores data even if there is no power.

In the NAND industry, more memory cell layers in a chip mean better capacity with enhanced bit density, but as the product’s height gets taller, Song said the company came up with solutions to reduce the cell volume.

“Samsung managed to reduce the cell volume up to 35 percent by decreasing both its surface area and height through highly innovative 3-D scaling technology,” he said.

“Samsung is the only one in the industry possessing single-stack etching technology capable of stacking over 100 layers at once and interconnected through more than a billion holes.”

Song said Samsung has already secured a working chip of its eighth generation V-NAND solution featuring over 200 layers and plans to introduce the product after analyzing market situations and consumer demand.

“In the semiconductor industry, nothing happens by chance,” he said.

“Just like how the first V-NAND was introduced in 2013 after more than 10 years of research, the company will be the first to overcome the height limit that will come about one day, through our use of 3-D scaling technology.”

Samsung is the world’s largest NAND flash vendor with a 33.5 percent revenue share in the first quarter, according to market researcher TrendForce. Its NAND business logged US$4.97 billion in the first three months of 2021, up 7 percent from a quarter earlier.