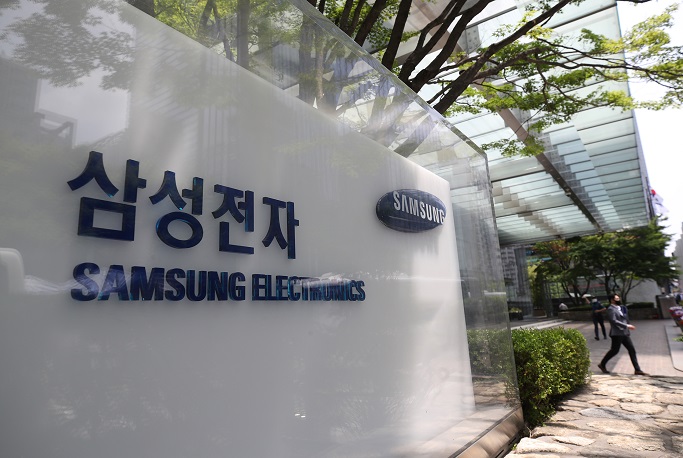 SEOUL, July 7 (Korea Bizwire) – Samsung Electronics Co. on Tuesday expected a stronger than expected second-quarter performance as solid demand for server chips appeared to offset a slump in smartphone sales amid the novel coronavirus pandemic, while one-time gains in the display business also helped push up its bottom line.

In its earnings guidance, the South Korean tech giant expected its operating profit at 8.1 trillion won (US$6.7 billion) for the April-June period, up 22.7 percent from 6.6 trillion won a year ago.

The second-quarter operating income is far higher than the market consensus of 6.8 trillion won in the survey conducted by Yonhap Infomax, the financial arm of Yonhap News Agency, on 10 Korean brokerage houses in the last two weeks.

Samsung estimated its second-quarter sales at 52 trillion won in the three-month period, down 7.3 percent from a year earlier. The figure was slightly above the median estimate of 51.6 trillion won.

Its earnings guidance showed Samsung’s operating margin may reach 15.6 percent in the second quarter, the highest since the fourth quarter of 2018.

Analysts here said that Samsung’s semiconductor business is certain to have anchored the company’s overall performance in the second quarter as demand for server chips from data centers remained solid with the pandemic-driven stay-at-home economy.

“As was seen in the first quarter, all memory chip products saw price hikes and shipments increase,” said Moon Ji-hye, an analyst at Shinyoung Securities.

According to DRAMeXchange, a market tracker under TrendForce, the contract price for 8-gigabit DDR4 DRAM, a benchmark price for the category, rose for five straight months, from $2.84 in January to $3.31 in May, though its gains remained almost flat in June.

Some analysts predicted that Samsung’s chip business could have logged around 5 trillion won in operating profit in the second quarter, which is expected to be the highest since the fourth quarter of 2018 when it collected 7.7 trillion won.

Samsung’s mobile business was projected to suffer a decline in earnings as the pandemic dented demand for its smartphones, while its consumer electronics (CE) business was expected to see a mediocre performance in the second quarter.

But Samsung’s mobile and CE units may have performed better than expected since there were signs of a recovery in demand last month after major countries started to reopen their economies, the analysts said.

“It appears that a decline in sales is inevitable for Samsung’s set business,” said Lee Su-bin, an analyst at Daishin Securities.

“However, both its mobile and CE business divisions could improve their operating margin by reducing marketing costs.”

Samsung’s visual display business was expected to return to the black as the company said it has reflected a one-time gain in the second quarter. Its visual display unit posted an operating loss of 290 billion won in the first quarter. 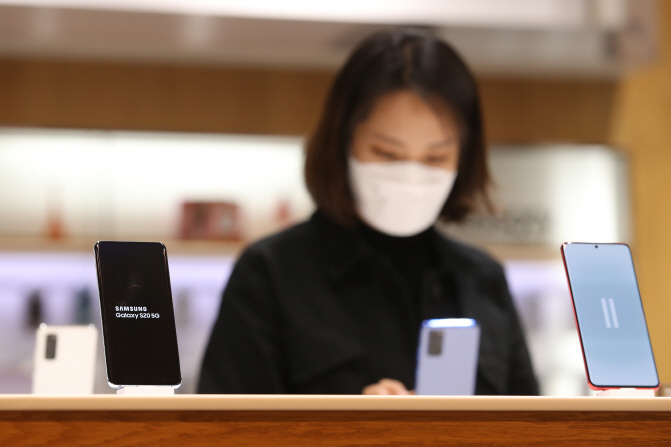 Analysts said Samsung’s one-off gains could total 900 billion won in the second quarter, which will include compensation from its OLED screen customers, including Apple Inc. who apparently failed to take over contracted volumes of Samsung’s display panels.

For the third quarter, analysts said Samsung’s chip business may not continue its strong growth as its major customers could control their inventory level, but they expected a solid recovery in its mobile, display and CE businesses.

“In the third quarter, the company is likely to see shipments increase in its smartphone and TV products, while its display unit could see more sales of AMOLED screens as its customers will produce new handsets,” said Song Myung-sup at HI Investment & Securities.

“The company is expected to see a decline in DRAM and NAND flash chip prices, but a release of new mobile devices and video consoles could lead to a growth in shipments.”

Despite its estimate-beating performance, shares in Samsung dived 2.91 percent to close at 53,400 won on the Seoul bourse, underperfoming the broader KOSPI’s 1.09 percent drop. The earnings guidance was released before the stock market close.