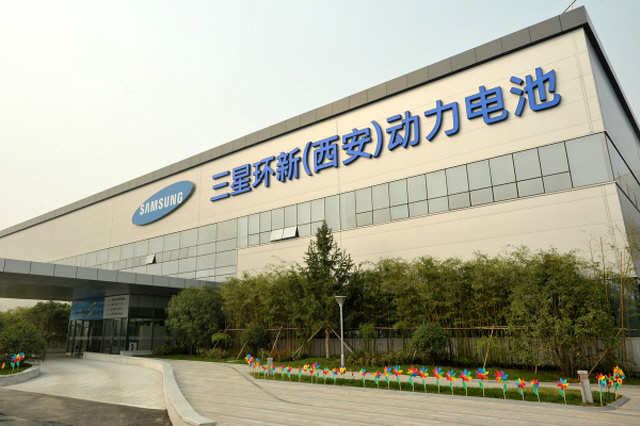 The new EV plant was built to turn batteries from cells to modules in one single process, which the company said it expects will boost overall production. (image: Samsung SDI)

Samsung SDI held a dedication ceremony for the Xian plant later in the day in the namesake city of China, attended by key company officials and members of the Xian provincial government, the battery producer said in a statement.

After breaking ground in August last year, the Xian factory had been under construction to be equipped to produce batteries for 40,000 EVs on an annual basis.

The new EV plant was built to turn batteries from cells to modules in one single process, which the company said it expects will boost overall production.

Samsung SDI, one of the world’s top battery makers, said it will gradually spend a total of US$600 million on the Xian production line by 2020, aiming for revenue of a cumulative $1 billion.

The battery maker, which had largely depended on its bigger affiliate Samsung Electronics Co. by supplying smartphone batteries, has been shifting its focus to mid- to large- cells used in electric vehicles or energy storage system (ESS) as new growth drivers.

China has become a key market for the company, since the country holds  great upside potential for the EV business due to the high pollution level and Beijing’s policy that encourages the expansion of the vehicles.

EV sales in China spiked by more than five-fold to about 80,000 units in 2014, with the figure projected to surge to 240,000 units next year, according to latest outlooks by market tracker B3.’