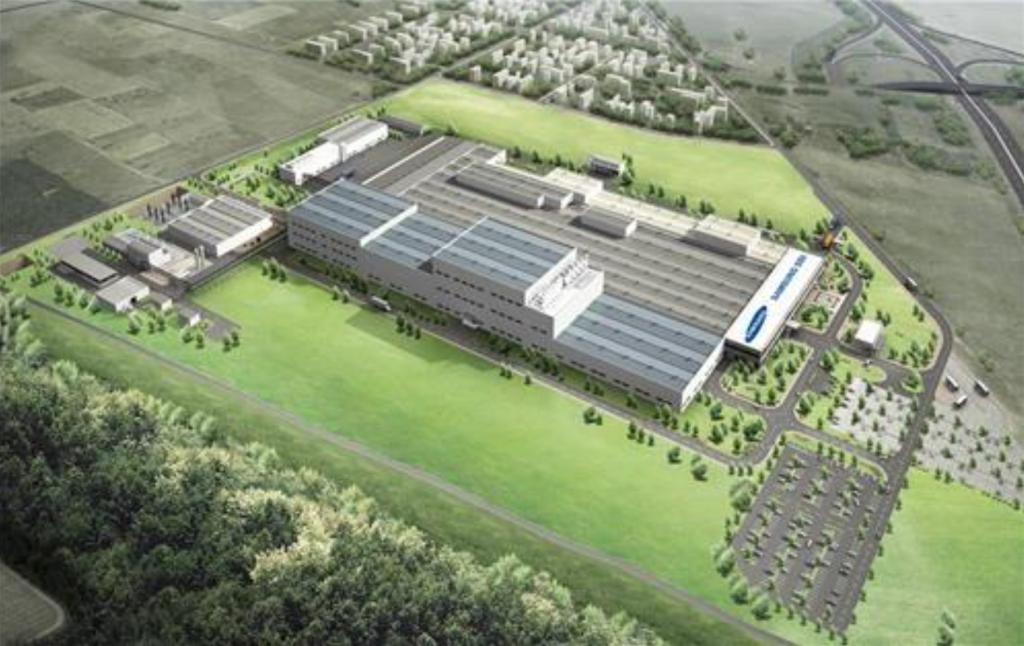 The new factory will be fully operational in the second half of 2018, Samsung SDI said in a statement. (image: Yonhap)

Samsung SDI said it will spend about 400 billion won (US$357.7 million) on the factory, which will initially have a production capacity to make enough batteries to build 50,000 electric cars a year.

The new factory will be fully operational in the second half of 2018, Samsung SDI said in a statement.

Samsung SDI Vice President Jeong Seh-woong unveiled the investment plan at a government building in Budapest, according to the statement.

The new factory is located at the site of Samsung SDI’s former cathode ray tube plant in God, near Budapest.

The former plant, built in 2001, had produced cathode ray tubes and display panels, but shut down operations in 2014.

Samsung SDI has said it will invest 1 trillion won in EV battery business this year to increase its production capacity at home and abroad.