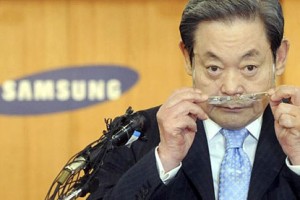 According to sources, the speed of Samsung Group’s succession process will depend critically on how the proceeds made by SDS IPO will be spent by the three children of Chairman Lee. (image: Samsung Group Chairman Lee Kun-Hee)

SEOUL, May 9 (Korea Bizwire) – As Samsung SDS decides to take the company public within the year’s end, it is likely the pace of Samsung Group’s restructuring and top management succession will accelerate.

Especially given the three children of the current chairman Lee Kun-hee, including Samsung Electronics vice chairman Lee Jae-yong, Hotel Shilla president Lee Bu-jin, and Samsung Everland fashion division president Lee Seo-hyun, will secure cash of more than 2 trillion won from the IPO, the direction and speed of succession will depend critically on how they will spend the money.

According to a financial report published by Samsung SDS late last year, the largest shareholder of the company was Samsung Electronics with a 22.58-percent stake.

Other group companies such as Samsung C&T and Samsung Electro-Mechanics also hold 17.08 percent and 7.88 percent, respectively. When it comes to individual investors, Lee Jae-yong is the largest with an 11.25-percent stake. His two sisters also own a 3.90-percent stake each.

Based on the current over-the-counter market price of Samsung SDS at 150,000 won, the market value of Mr. Lee’s holdings is estimated at 1,305.6 billion won. The shareholdings of the sisters are also assessed at 452.8 billion won each. All told, the value of the three’s holdings is whopping 2.2 trillion won. It is likely that the market value of their holdings will rise further as Samsung SDS share price shoots up after the public offering.

Naturally, the media are paying keen interest in how the money will be used. Some market watchers said the Samsung SDS IPO is analogous to the Samsung chairman giving his three children inheritance money in advance.

According to Chaebul.com, a website tracking financial information on Korea’s conglomerates, the value of shareholdings held by Lee Kun-hee is 10,841.3 billion won as of April 30, 2014. 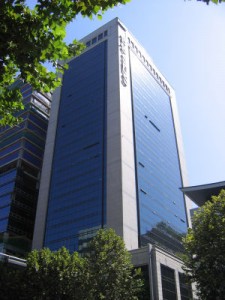 Recently the Forbes magazine published a list of Top-50 Richest People in Korea and it said Chairman Lee’s holdings are estimated at 13.3 trillion won. If his three children inherit all this money, they have to cough up 6.5 trillion won in inheritance taxes, which makes the theory of inheritance game more credible.

Lee Sang-heon, HI Investment & Securities analyst, said, “The public offering of Samsung SDS will be an important inflection point for the whole group’s governance structure. It is abundantly possible for the three children of the chairman to increase their voting power in other affiliates within the group by using the money.”

Kiwoom Securities analyst Park Joong-sun concurred, saying, “The son and daughters may strengthen their management control on group companies with hitherto weak control like Hotel Shilla and Cheil Communications by cashing out the Samsung SDS holdings or share swaps, thereby firming up succession toward the third-generation leaders.”

To this interpretation, Samsung Group responded that it is groundless. A group official said, “It is not fair for the media to focus exclusively on the issue of succession in the initial public offering of Samsung SDS. The main reason for Samsung SDS to go on an IPO is to expand overseas to move beyond the saturated domestic IT services market.”