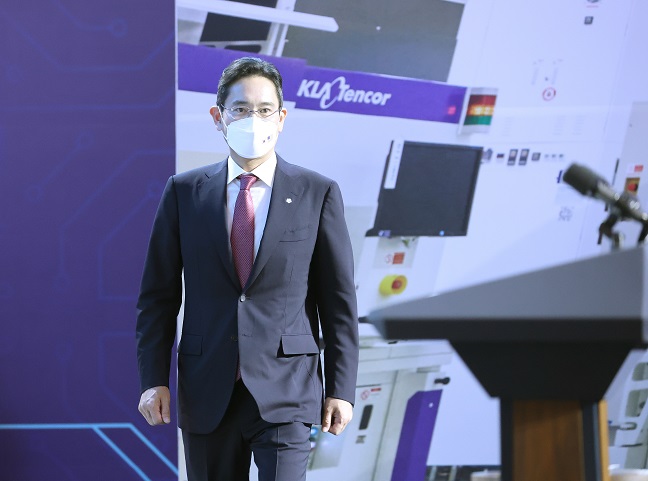 SEOUL, May 24 (Korea Bizwire) — Samsung Electronics Co. said Tuesday it will invest 450 trillion won (US$355 billion) in semiconductor and biopharmaceuticals for the next five years, as South Korea’s largest company seeks to further expand its business in future growth areas.

The company said in a press release it will spend 360 trillion won, or 80 percent of the investment, for research and development, and talent nurturing in South Korea, especially in advanced chipmaking.

Samsung Electronics and Samsung Biologics will lead the investment in their respective business areas, it said.

Samsung said it will continue to aggressively invest in the semiconductor industry that has faced a chronic chip shortage over the past few years, and find new markets for further growth.

In particular, Samsung said it will work to cement its leading position in the global memory chip market and try, at the same time, to improve its contract chip manufacturing business that lags far behind TSMC.

Samsung also expected the investment to nurture a fabless ecosystem in South Korea, which in turn will drive growth in electric cars, smart factories, robotics and smart home appliances.

The promised investment will be partly used for securing advanced chipmaking machines from, for example, ASML Holding N.V., the world’s leading photolithography equipment maker, and for creating 80,000 new jobs until 2026 in the chip and bio industries. 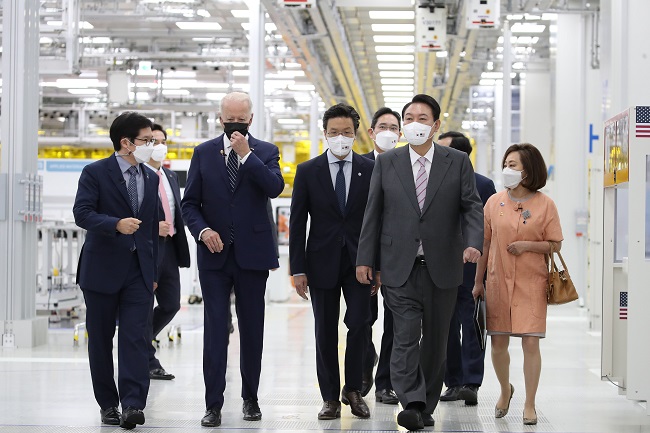 The investment announcement came four days after the South Korean tech giant received immense media attention in and out of the country, as U.S. President Joe Biden chose Samsung’s chip factory as his first stop on his inaugural trip to Asia.

The two leaders signed on Samsung’s next-generation 3-nanometer (nm) silicon wafer, built on the Gate-All-Around (GAA) technology, which Samsung will mass produce within the next couple of months.

Samsung is said to have showcased the yet-to-be-commercialized product during the high-profile event to emphasize its foundry prowess over TSMC, with which it has been locked in fierce competition to bring the 3-nm chips to the mass market faster than the other.

According to industry tracker TrendForce, TSMC took up 52.1 percent of the global foundry market, followed by Samsung with 18.3 percent, in the fourth quarter of last year.