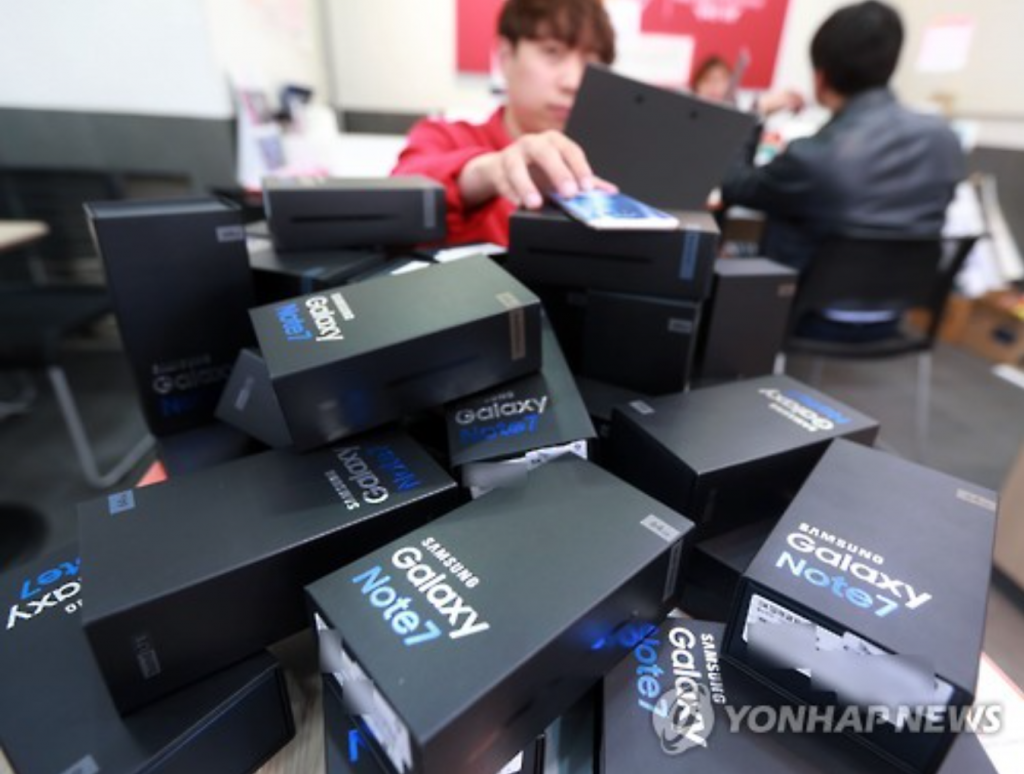 The move is a part of its efforts to help about 70 suppliers that are grappling with the discontinuation of the Note 7 over safety concerns.

In a statement, Samsung also said it would consider giving them orders for other smartphones.

Samsung did not disclose details, including how much it would spend on the proposed compensation, but industry observers estimate that Samsung could pay as much as 300 billion won (US$265.1 million).

In the statement, Park Jong-suh, vice president of Samsung’s smartphone business division, apologized for causing the suppliers trouble following the discontinuation of the Note 7.

Meanwhile, Samsung has seen a low rate of exchanges in South Korea since it began advising owners of the Note 7 to immediately power down and swap it for another smartphone.

Samsung sold about 550,000 Note 7s in South Korea, but less than 10 percent of the devices have been returned so far, according to mobile carriers.

Samsung is offering about 100,000 won in financial incentives for those who exchange a Note 7 for the latest Samsung smartphone.

“Consumers with either an original Galaxy Note 7 or replacement Galaxy Note 7 device should power down and stop using the device and take advantage of the remedies available,” Samsung said in a statement released on Oct. 11.

But most users said they are very satisfied with Galaxy Note 7 and cannot easily find an alternative model. “Frankly it’s a bit too late to buy a Galaxy S7. Furthermore, I don’t need to buy iPhone 7 immediately. I’ll continue to use my Galaxy Note 7 for the time being since it’s hard to find a replacement,” said a 32-year-old Seoul man who identified himself only as Choi.