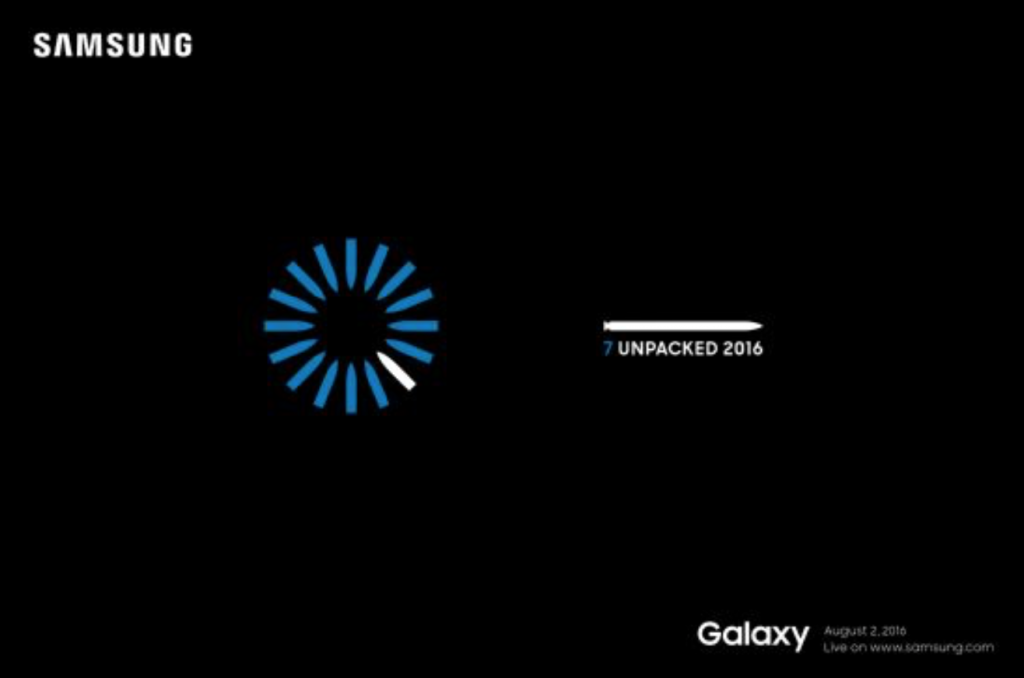 Samsung said this year’s edition of the large-screen phone with the S pen will skip version six and jump right to version seven. (image: Samsung Electronics)

The showcase event will take place on Aug. 2 in New York and will be streamed live on the tech firm’s website, according to Samsung.

The released invite suggests that the new Note will offer an iris scanner, which uses the unique patterns in the user’s eye as a mode of authentication.

Other specs and features were not announced but industry watchers expect a 5.7-inch screen with super active mode organic light-emitting diode (AMOLED) display and the 4 gigabyte DRAM chip.

Samsung said this year’s edition of the large-screen phone with the S pen will skip version six and jump right to version seven.

Industry watchers guessed the decision is because the iPhone 7 is expected to launch later in the fall. Samsung’s archrival Apple Inc. has held its launching events in September in recent years.

Last year, Samsung released the Galaxy Note 5 earlier-than-expected in August to avoid direct competition with Apple’s iPhone 6S and the iPhone 6S Plus.