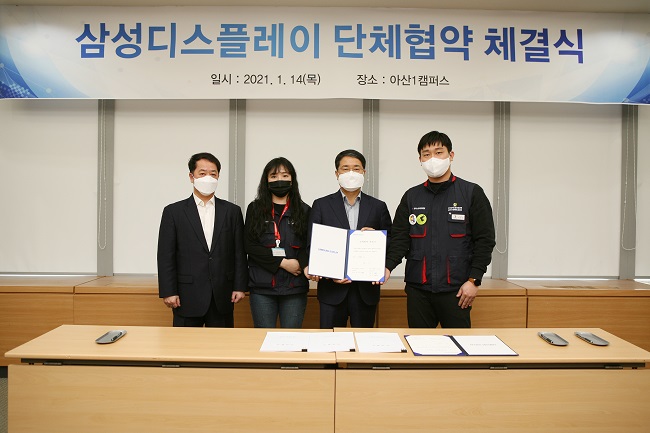 This photo provided by Samsung Display Co. on Jan. 14, 2021, shows representatives from the labor union and management of Samsung Display posing for a photo after signing a collective agreement.

SEOUL, Jan. 14 (Korea Bizwire) – Samsung Display Co. on Thursday signed a collective agreement with its labor union, becoming the first electronics affiliate of Samsung Group to ink such a deal.

The agreement was reached about seven months after the management and the labor union started to negotiate on welfare programs and working condition improvements.

Meanwhile, Samsung Electronics is still negotiating with its union over a collective agreement after kicking off their meetings in November.