“Samsung Electronics is aiming to capitalize on big opportunities in Connected Living, also called the Internet of Things. The market in this area will triple to US$7.1 trillion by 2020 from $1.9 trillion last year. Samsung will lead the trend in this emerging field.”

“According to a report, the healthcare market of the developed nations including services, diagnosis, and prevention will account for 5.3 percent of the GDP by 2017. All kinds of health-related records and big data coming out of a variety of sensors and devices will be collected within the Samsung platform.” 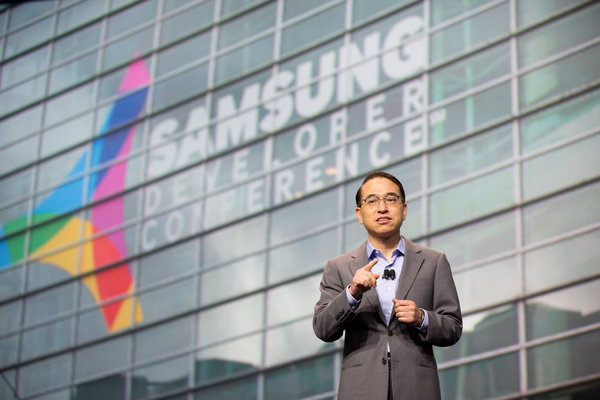 SEOUL, Nov. 14 (Korea Bizwire) — Hong Won-pyo, president of Samsung Electronics’ Media Solution Center, said in a keynote speech on the second day of the Samsung Developer Conference 2014 that there are four growth engines for the company after its smartphone “Galaxy”, highlighting the importance of the Internet of Things, virtual reality, and healthcare business.

Of these, one area that the company is paying particular attention is digital (mobile) health. It is a means of managing people’s health and preventing disease with the use of a variety of devices. On this day, Samsung revealed the Samsung Digital Health Platform and the Samsung Digital Health Software Developer Tool (SDK). With these, the company plans to create a wide ecosystem for healthcare services in partnership with developers and healthcare service providers across the world.

To that end, the company showed off an open data analysis platform SAMIIO (Samsung Architecture for Multi-modal Interactions Input/Output) that can collect and analyze bio-signals of users. It also launched “Simband,” the open-type wearable sensor module. By taking advantage of its strength in chip-making capabilities, Samsung also showcased a bio processor which enables monitoring of various bio-signals with a single chip for which analysts expect to become a game changer in the future.