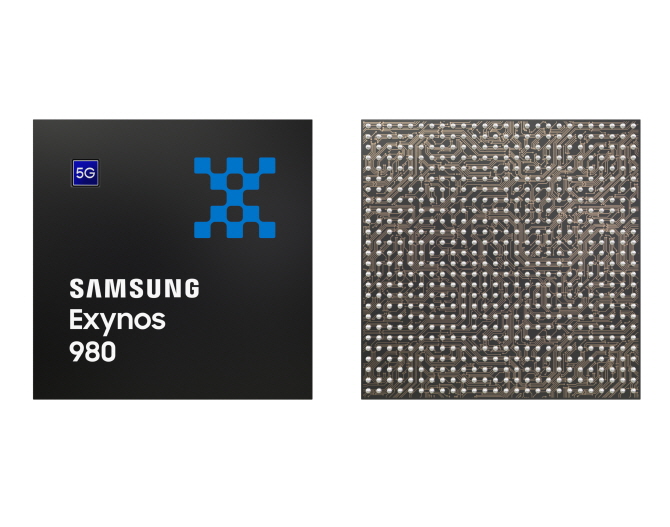 SEOUL, Sept. 4 (Korea Bizwire) — Samsung Electronics Co. on Wednesday introduced a 5G chipset that combines an integrated modem and mobile processors, which can save battery life and space in smartphones.

The neural processing unit (NPU) features elevated performances of up to 2.7 times compared with its predecessor and provides better data privacy and security, it added.

Samsung said it plans to begin mass production of the Exynos 980 later this year, which would be used in upcoming smartphones.

Its production schedule puts Samsung ahead of the competition of its rivals, including U.S. giant Qualcomm and Taiwanese chipmaker MediaTek, which plan to launch integrated 5G chips early next year.

Qualcomm shipped 37 percent of mobile application processors in the global market last year, followed by MediaTek with 23 percent and Apple with 14 percent.