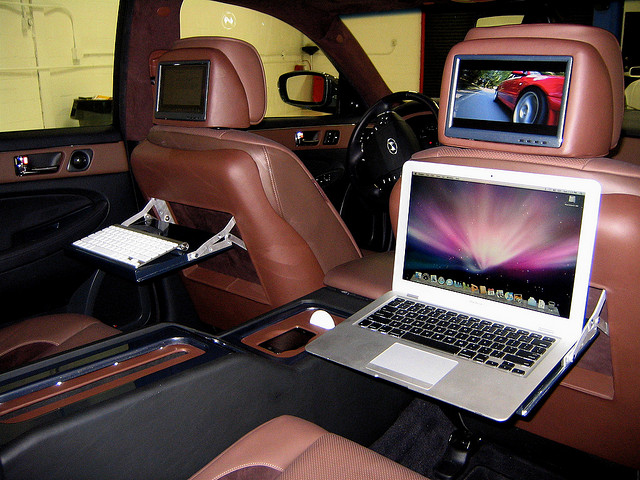 Smart cars are the cars which have been improved in both safety and convenience by applying high-end computer and telecommunications technologies. (image: glennQNYC/flickr)

SEOUL, May 13 (Korea Bizwire) – As Samsung Electronics and Hyundai Motors have shown interest in smart car-related technologies following the footsteps of Apple and Google, the prices of stocks in this area are ascending fast.

The share price of MDS Tech has risen 54.26 percent while those of Bridgetec and Infobank have gone up 52.20 percent and 50.51 percent each. The price of Ubivelox also has increased over 9 percent.

Bridgetec is a company which has voice recognition databases. It has been certified in relation with iPhone 4S’ voice recognition feature “Siri.” The investors seem to expect that Bridgetec would likely be a beneficiary if Apple comes up with an operating system for smart cars.

MDS Tech is currently in the process of developing software for smart cars. This company is also working on the technologies including an electronic control unit and a device to connect a smart phone to the computer.

According to KDB Research Institute, the global market volume of smart cars has reached 230 trillion won. A car industry official said, “If domestic business groups that have been considered as second movers in the smart car market raise the stakes, the financial performance of the companies developing related technologies would also be improved.” The official explained such logic has driven investors to buy more shares in these companies.

Smart cars are the cars which have been improved in both safety and convenience by applying high-end computer and telecommunications technologies. One of the many idealistic forms of smart cars is an unmanned vehicle that can move on its own without a human driver.

Google has already been test-running unmanned vehicles that identify their location and control the speed by using the GPS and cameras. Inspired by such innovations, Korean companies have joined in the new automotive trend as well.

Hyundai Motor has introduced a smart car which featured a detection system for the driver’s status and Near Field Communication (NFC) function at the International Consumer Electronics Show.