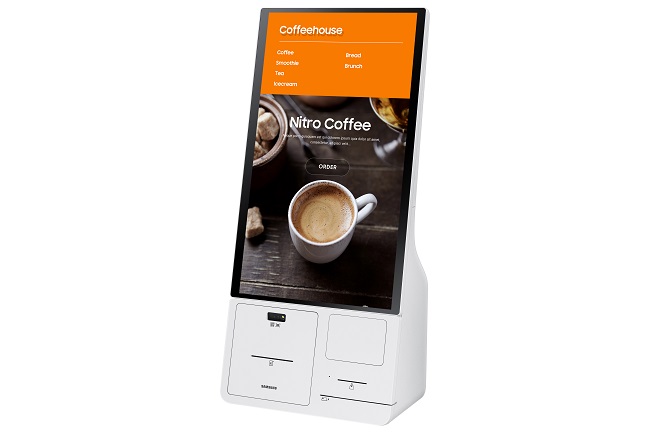 SEOUL, June 30 (Korea Bizwire) — Samsung Electronics Co. on Wednesday announced that its kiosk machine is now available in more countries as the tech giant eyes to bolster its self-service machine business amid the pandemic-induced contactless trend.

Samsung Kiosk is now launched in 12 countries worldwide, including the United States, Britain, Spain, Australia and Singapore. Its kiosk machine was first unveiled in February in South Korea.

The kiosk with a 24-inch touch-screen display is powered by Samsung’s system on chip (SoC) technology and does not require an external personal computer. It comes in three types — wall-mounted, standing and table.

It also provides a three-layer security system with Samsung Knox technology to protect its hardware, payment platform and application, as well as customer information, according to the company.

Samsung said major fintech and point of sales (POS) solution firms, including GRUBBRR, Softpoint and Nanonation, have become partners in its kiosk ecosystem.