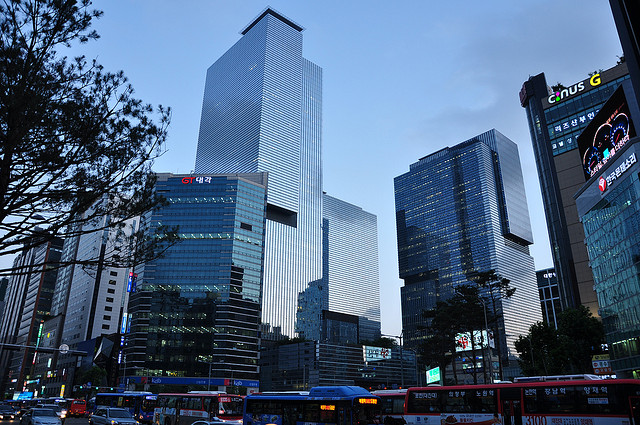 SEOUL, July 17 (Korea Bizwire) – Among the 3.74 million property tax payers in Seoul for the first half of this year, Samsung Electronics’ headquarters in Seocho-gu was the largest tax payer with 1.7 billion won(US$1.65 million).

The Seoul Metropolitan Government announced on July 15 that it sent out the property tax bills amounting to 1.22 trillion won($1.2 billion) for the first half of this year. It was a 7.9 percent, or 89.3 billion won($87 million), increase over the same period of the previous year and the due date for payment is July 31. 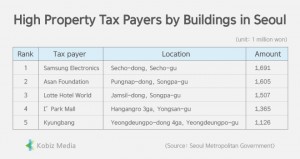 For this year, the total amount of the property taxes imposed on Seoul residents marked 3.4 trillion won($3.3 billion), a 5.1 percent or 166 billion won increase over the previous year as the declared value of the real estate in Seoul increased overall.

By district (gu), Gangnam-gu topped with 191.2 billion won in the July billings and Seocho-gu and Songpa-gu followed with 123.5 billion won and 106.5 billion won respectively. Meanwhile, Gangbuk-gu trailed with 16.9 billion won.

For fiscal balance across districts within the city, the city government will pool the property tax receipt of 889.5 billion won and divvy it up equally to 25 districts for 35.6 billion won each.

Meanwhile, Samsung’s Seocho Town building was imposed 1.7 billion of property tax, the largest amount by buildings and the Asan Foundation and Lotte Hotel World ranked the second and the third respectively.