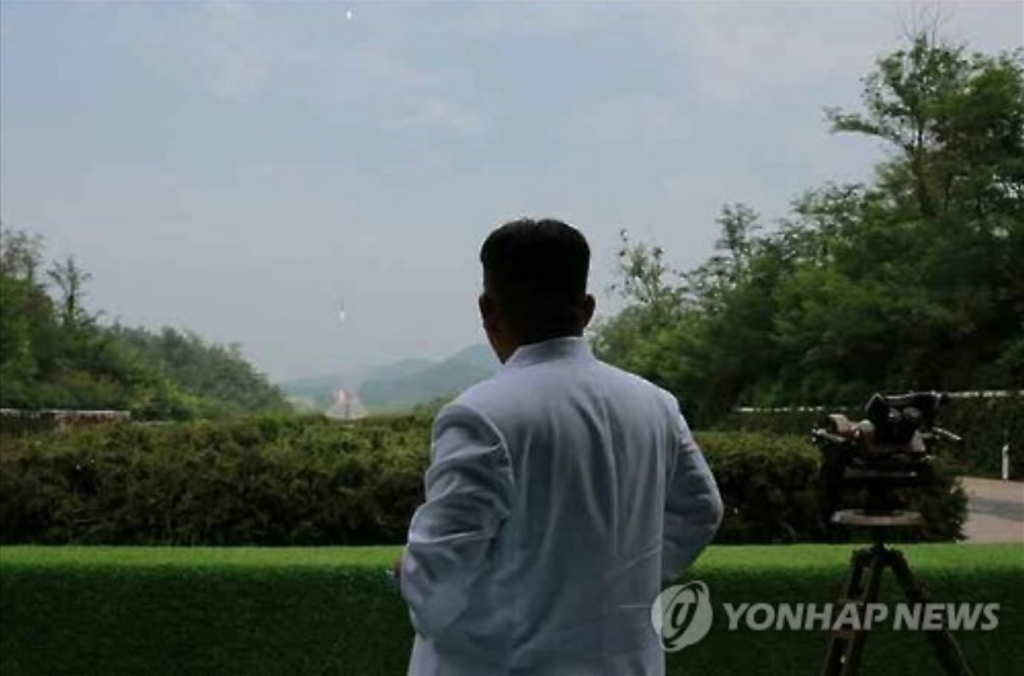 North Korea’s top leader Kim Jong-un watches a ballistic missile being fired during his inspection of a drill at the Hwasong artillery units of the North Korean Army’s Strategic Force in this photo released by the North’s state-run Rodong Sinmun newspaper on Sept. 6, 2016. (image: Yonhap)

Satellite imagery taken on Aug. 27 of the North’s Punggye-ri underground nuclear test site shows a small number of mining carts at the north portal where the country’s fourth nuclear test took place, while new tracks for mining carts have been laid at the west portal, according to 38 North.

The imagery also showed the continued presence of a 6-by-9-meter net canopy, which was erected immediately south of the support building at the North Portal a few weeks earlier in an attempt to obscure the presence of equipment or activity, 38 North said.

Also seen were a number of small crates or pieces of equipment at the south portal, it said.

“Overall, this activity indicates that maintenance and minor excavation operations have resumed at Punggye-ri. However, it is unclear if this activity is directly related to preparations for a fifth nuclear test,” 38 North said.

Concerns have persisted that Pyongyang might undertake additional provocations, including a fifth nuclear test, after the U.S. imposed unprecedented sanctions on North Korean leader Kim Jong-un in July for his role in the country’s human rights violations.