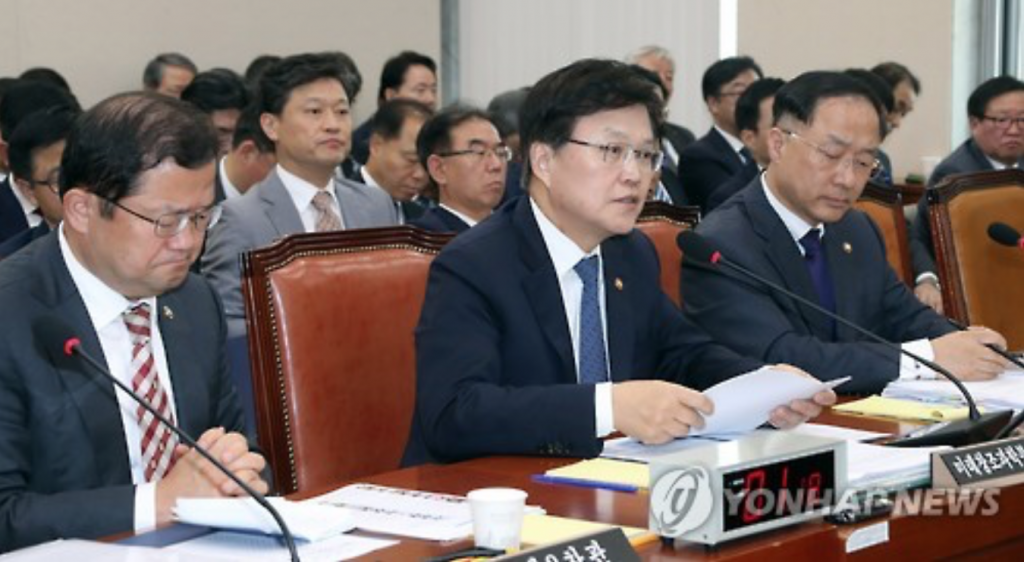 Science, ICT and Future Planning Minister Choi Yang-hee (C) speaks at a parliamentary audit of his ministry in Seoul on Oct. 14, 2016. (image: Yonhap)

SEOUL, Oct. 14 (Korea Bizwire) – Science, ICT and Future Planning Minister Choi Yang-hee said Friday that it would be right to regulate the country’s No. 1 Internet portal operator Naver Corp. if it is found to have engaged in any unfair practice against media outlets.

“I think it would be right to regulate (Naver) if it is found to be abusing its market control or monopoly in an aim to engage in irregular practices regarding contracts (with news outlets),” Choi said during an annual audit at the National Assembly.

“Naver has not released information on its advertisement revenues generated from news content provided by local media. Moreover, Naver has not shown any move to share such ad earnings with media outlets,” said Rep. Kang Hyo-sang of the ruling Saenuri Party.

In response, Choi said relevant government agencies are looking into the alleged irregularities and the ministry would cooperate with them if necessary.

Earlier, the government classified news portal operators and Internet news channels as media outlets, subjecting them to decisions by an arbitration panel in defamation disputes.

At the audit, an opposition lawmaker also raised the accusation that retired public officials often get reinstated at the ministry and other related agencies without proper confirmation.

“At 13 out of 16 agencies under the Ministry of Science, ICT and Future Planning, 18 retired public officials are currently serving as high-ranking officials,” Rep. Byun Jae-il of the main opposition Minjoo Party of Korea said.