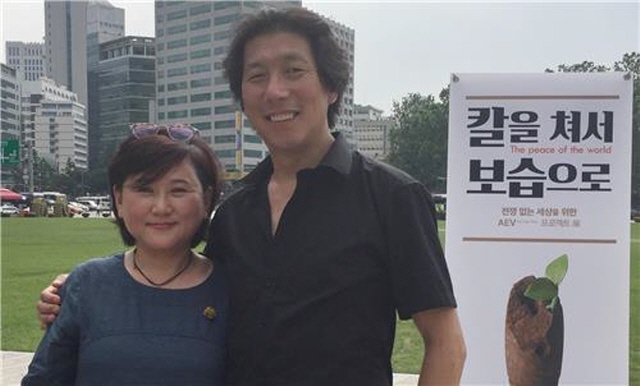 SEOUL, Jul. 24 (Korea Bizwire) – A South Korean sculptor couple, who created the symbolic statue of Japanese wartime sexual enslavement victims, said on Sunday that their next project is a statue representing Korean laborers who were forced to work for Japan under its 1910-45 colonial rule.

Kim Seo-kyung and her husband Kim Woon-sung said the new statue will be in the shape of a skinny young man who was forced to work like a slave during World War II.

They said their goal is to erect the statue in Japan.

“We want to console the souls of the victims and make an opportunity for Japan to self-examine the war crimes it committed,” Kim Woon-sung said.

The issue of forced labor is becoming increasingly urgent as most surviving victims are well over 80 years old and may die before they receive compensation or an apology from the Japanese firms that used them.

It is unclear how many people were mobilized for forced labor and died. Some civic groups claim the number of conscripts is up to a million or more.

The couple also held a three-day exhibition named “Art’s Eye View” at the Seoul Plaza in front of the city hall in central Seoul.

The exhibition, which wrapped up on Sunday, was aimed at showing the pain and tragedy of war by displaying actual shells from Maehyang-ri, Gyeonggi Province, where a U.S. shooting range was located.