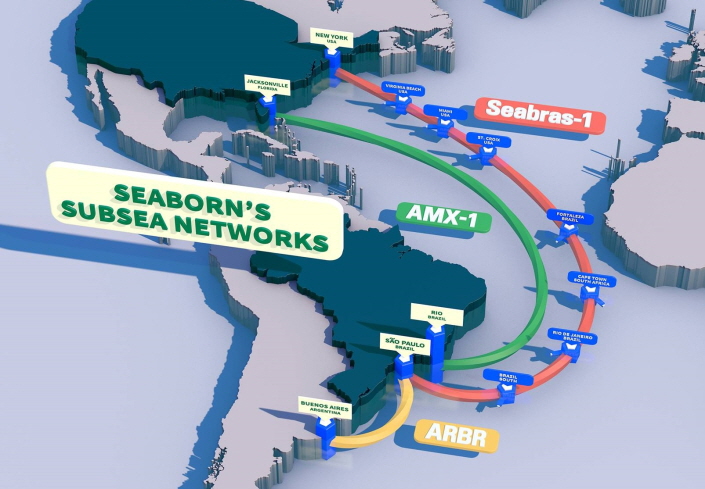 BOSTON, Oct. 9 (Korea Bizwire) — Seaborn Networks (“Seaborn”), a leading developer-owner-operator of submarine fiber optic cable systems, is pleased to celebrate the first year anniversary of its US-Brazil Seabras-1 ready-for-service date. Since September 2017, the company has successfully redefined the definition of Quality of Service in the global communications industry.

With its dedicated Engineering and Operations teams driving a focus around subsea cable service and delivery never before seen in the region, Seaborn’s precedent-setting approach to customer service has come across in a number of ways, including:

“We have been very pleased with the reliability and quality of service we are receiving from Seaborn,” said Chris Lathrop, VP Network Infrastructure at NTT America. “The turn up was great and delivery was faster than any we have seen on other submarine cables.”

“Lots of carriers speak about having a partnership with their customers, but with Seaborn it has really been true. We have been an IP customer of Seaborn and expect that to be a long-standing relationship,” said Anderson Mendes Jacopetti, Chief Technology Officer of Eletronet.

“Seaborn looks to continue our tradition of offering unrivaled customer service and setting new standards in the subsea cable industry,” said David Zimmer, Seaborn’s Chief Sales Officer. “It is very gratifying to know that the system has become so popular with OTTs, carriers, ISPs, HFTs and other international customers.”