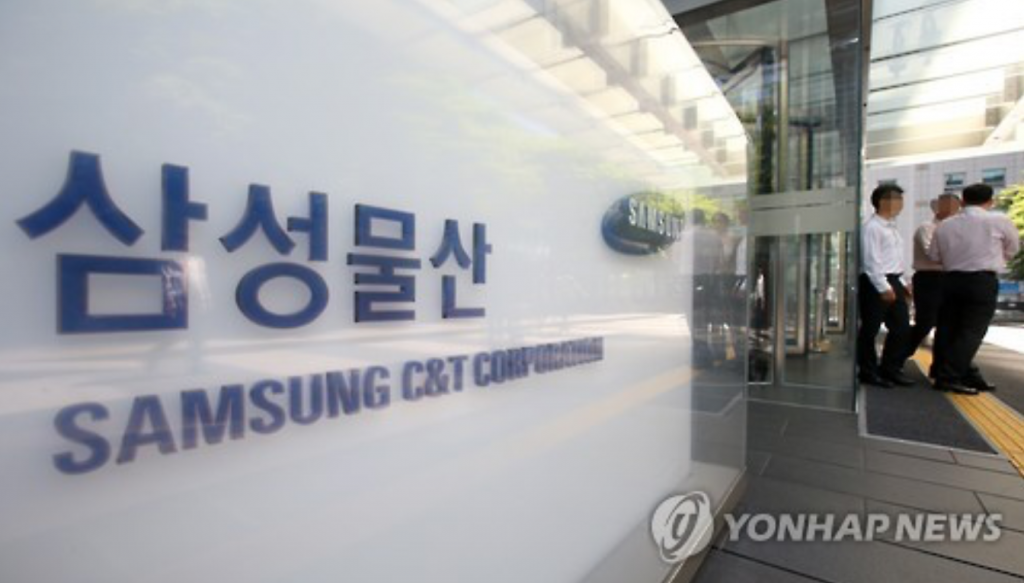 SEOUL, Nov. 28 (Korea Bizwire) – Last week, prosecutors began probing the $8-billion merger in 2015 between two Samsung affiliates – Samsung C&T and Cheil Industries – over the possibility that Choi Soon-sil, the center figure in Korea’s influence-peddling scandal, may have also been behind Samsung’s controversial deal.

The merger faced strong challenges from individual shareholders, including U.S. hedge fund Elliott Associates, for apparently undervaluing Samsung C&T despite its clear dominance over Cheil in terms of both market capitalization and operating profit.

Investigators are currently looking into the legitimacy of the merger, and the allegations that the National Pension Service – which owned an 11.6-percent stake in Samsung C&T and a 5-percent stake in Cheil at the time – deliberately supported the merger in return for monetary favors from Samsung to Choi.

Amid the ongoing investigation, local securities firms and their analysts, the majority of which also supported the merger, have been left in an awkward position for having supported a deal that might turn out to be the result of a major fraud, and are anxiously observing the situation that may also lead to their demise for actively endorsing the deal.

According to industry sources, 21 of 22 domestic securities companies that provided related analysis reports voted in favor of the merger, with the major reasons being “synergy effect” for consolidating overlapping businesses between two Samsung affiliates, and the ability to strengthen the position of Samsung C&T as a holding company.

The analysts didn’t question the merger ratio either (1 Samsung C&T share for 0.35 Cheil shares), as noted by opposing parties, but instead denounced the objectors for overvaluing the competitiveness of Korea’s construction industry.

“I’m not going to retract my position that the merger was the right decision,” said an analyst who supported the merger. “But I’m worried that our report is being seen as a biased analysis.”

Another analyst also stood his ground in defending the deal.

“Considering Samsung C&T could have struggled for survival on its own, its shares would have dropped further without the merger than they did with the deal,” he said, noting that it consequently was a successful arrangement.

However, there are others that claim domestic securities companies lacked objectivity and fairness in their reports, especially given Samsung’s massive influence across Korea’s industrial landscape.

“The majority of foreign securities firms argued in their reports that Samsung C&T was undervalued,” said analyst Chu Jin-hyung from Hanwha Investment & Securities, which was the only local company to challenge the deal last year. “Local firms wrote reports that endorsed the deal, pandering to Chaebols (Korean business conglomerate). And in particular, Samsung.”

Another analyst, whose identity was withheld, asked, “How many securities companies here do you think would have stood a chance if Samsung Life Insurance or Samsung Fire & Marine Insurance withdrew all their capital?”

“Groveling to larger corporations is such an institutionalized practice here,” the analyst said. “It’s essential that we create an environment where analysts can express their views without compromising their principles.”