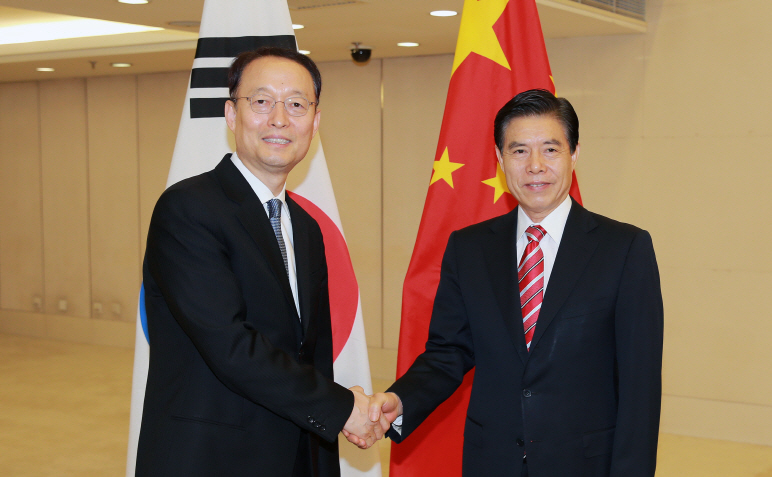 Paik Un-gyu, South Korean minister of trade, industry and energy, made the request during a meeting with China’s Commerce Minister Zhong Shan in Beijing in which they discussed ways to expand economic cooperation and investment between the two nations.

China’s antitrust agency has been looking into South Korea’s Samsung Electronics Co. and SK hynix Inc. and the U.S.’s Micron Technology amid a continued rally in memory chip prices. The three companies together control more than 90 percent of the global DRAM market.

While the Chinese government hasn’t formally announced what they are investigating, industry observers see the move as aimed at driving down prices of memory chips and pressuring the United States amid trade disputes.

During the meeting, Paik asked the Chinese government to “pay keen attention and provide support for Korean companies to receive fair and reasonable treatment” in regard to the investigation into allegations of memory chip price rigging, the ministry said.

Zhong promised to fairly handle the matter in consultation with related agencies, it noted.

China, a major production hub for handsets and other electronic devices, is the world’s largest semiconductor market. DRAM prices have rallied steadily since 2016.