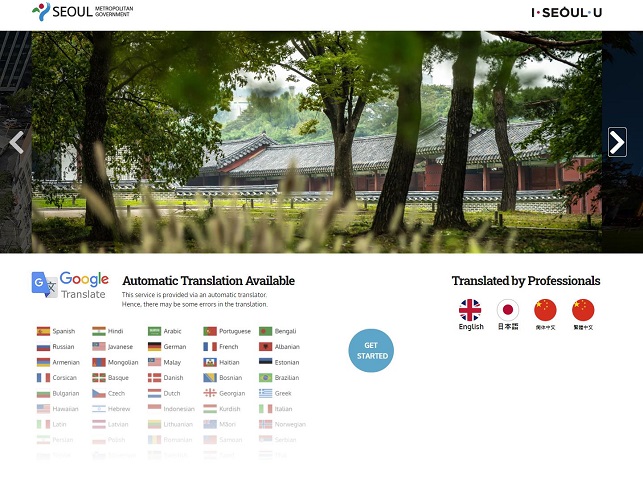 This captured image, provided by the Seoul city government, shows the expanded foreign language service provided on its official website.

The website can now be seen in languages such as Nepali, Vietnamese and Cambodian, in addition to the existing six — English, simplified Chinese, traditional Chinese, Japanese, French and Spanish — according to the city government.

Translation into four languages — English, simplified Chinese, traditional Chinese and Japanese — will continue to be done by experts.

For the other 96 languages, the website will run the professionally translated English content through Google’s automatic translation system.

“Foreign nationals who speak languages other than English can now learn about Seoul’s administrative policies, tourism and lifestyle in their own languages,” Park Jin-young, a public communications official at the city government, said in a press release.

The new initiative started at the request of Russian speakers during a town hall meeting with foreign residents last year, according to the city government.