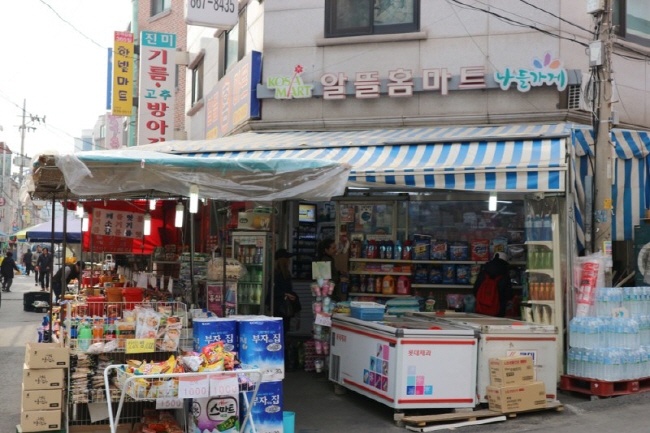 Amid gloomy economic circumstances, a number of neighborhood stores are closing down. (image: Ministry of Culture, Sports and Tourism)

SEOUL, Nov. 6 (Korea Bizwire) — The Seoul Metropolitan Government is trying to revive local stores that are disappearing due to the increased popularity of franchises and online shopping.

According to the city, there are currently 470,000 neighborhood stores that are deeply rooted in the lives of residents, including restaurants, cafes, supermarkets and bakeries.

Amid gloomy economic circumstances, a number of neighborhood stores are closing down.

The city explained that while the number of convenience stores increased by 1,647 over the past four years, the number of neighborhood shops declined by 1,169.

In response, the city will first provide small business owners with a chance to enter the city’s public purchasing market. It plans to select around 50 strategic items to provide opportunities.

Furthermore, “community stores” that utilize empty stores in the neighborhood will also be created.

The city will select the operating entity for residents, merchants and social and economic companies. It will be utilized as a cafe-style living supplies workshop and a library where parents and friends can read books.

So-called “Self-Community Shops”, where all products are provided by local merchants, will open in struggling neighborhoods.

The characteristics of these new shops include using raw materials for Korean agricultural products, publicizing producer information, cooking with natural ingredients without any chemical additives and making it easier for consumers to identify goods by opening up the handmade process.

The city will also operate an “innovative merchant school” for merchant education. It will be composed of marketing online schools without restrictions on time and place, and marketing study groups that merchants plan and execute on their own.