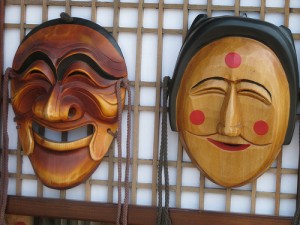 The city government began a three-month contest to pick 100 winners out of 266 applications that could represent Seoul’s image to the world.(image:Julie Facine@flickr)

SEOUL, Korea, Dec 17 (Korea Bizwire) – The Seoul City Government said on December 16 that it would put 100 souvenir items symbolizing the city best on display in the upcoming Seoul Design Festival to be open for five days between the 18th and 22nd. Earlier in June, the city government began a three-month contest to pick 100 winners out of 266 applications that could represent Seoul’s image to the world.

The Gold Prize went to “Seoul Orgel,” a music box shaped like the Seoul City Hall building with the sound of “Arirang” when opened, with runners-up including the “Yut” board game set made with lacquerware inlaid with mother of pearl, the memo pad and bookmark set with designs of the Han River and surrounding sceneries, and the mini-magnets with a variety of images of Seoul attractions.

The items will be sold in several city-run locations such as Cheongwadae Sarangchae, Seoul Museum of History museum shop, DesignTag, Jeongdong Observatory Souvenir Shop, and Danuri Store. In addition, the city government will promote the items through channels such as its foreign language websites and pamphlets.

Suh Jeong-hyup, Seoul city government officer responsible for tourism, said, “The exhibition to be held this week will be a great venue to promote souvenirs that represent our city. The items will help foreign tourists learn more about our city.”