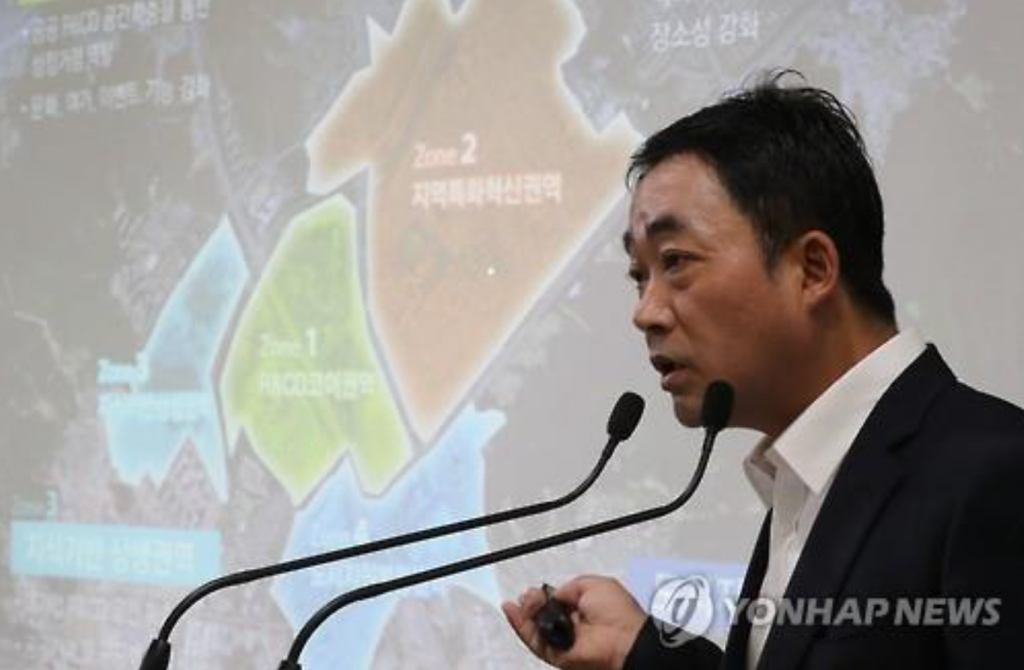 Kim Hak-jin, head of the urban planning bureau at the Seoul Metropolitan Government, gives a briefing on the city’s plan to form an ICT hub in the southern district of the capital. Introduced as a tech city that adds “connection” to the conventional concept of R&D, the hub will bring together both small and large enterprises for technology development. City officials said the hub will create 15,000 new jobs. (image: Yonhap)

The Seoul Metropolitan Government said it will push to designate a 3-million-square-meter area in Seocho Ward as the hub early next year and relax regulations to boost R&D in the region.

The municipal government expects the move to create some 15,000 jobs, bringing together both small and large enterprises for technology development.

“The region already has research centers of large enterprises, including LG Electronics Inc. and Hyundai Motor Co., as well as some 280 small and medium-sized firms, making it more favorable to establish an innovative ecosystem,” the city government said.