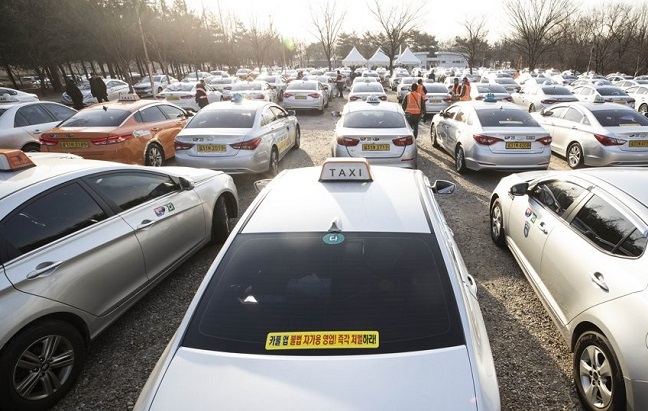 SEOUL, Dec. 7 (Korea Bizwire) — As the difficulty in hailing a cab at night remains persistent, the Seoul Metropolitan Government and taxi companies are renewing efforts to recruit taxi drivers.

The city government and the city’s 125 taxi companies plan to host a job fair for taxi drivers on Wednesday, the first of its kind in South Korea.

For those who become a taxi driver through the job fair, the taxi industry will provide a job settlement allowance of 600,000 won (US$507) per person and subsidize the cost of acquiring a taxi license (91,500 won per person).

According to the city government, the average number of taxi users during nighttime peak hours – between 11 p.m. and 4 a.m. – stood at 28,972 during the first week of November when the ‘living with COVID-19’ policy was launched, up 75 percent from 16,510 in the first week of October.