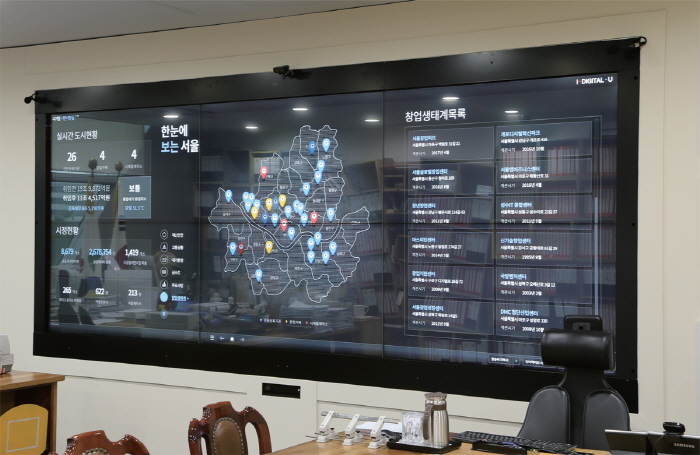 SEOUL, Apr. 1 (Korea Bizwire) — Seoul Metropolitan Government plans to open up a ‘Digital Mayor’s Office’ for residents accessible via computers, smartphones, and subway stations to provide comprehensive information on the administrative works being conducted by the city.

The Digital Mayor’s Office, developed in 2017, is a system that provides notifications of accidents, disasters, safety, traffic, and other important information related to the city through a large-sized screen installed in the mayor’s office located in City Hall.

It shows some 16 million data points collected from 290 systems and video footage from 1,200 closed circuit television cameras installed throughout the streets of Seoul.

Seoulites will now be able to make use of the system by accessing the link (mayor.seoul.go.kr) starting this month.

They will be able to take a look at the five major agendas of the city as well as 61 indices related to city governance via computers and smartphones. 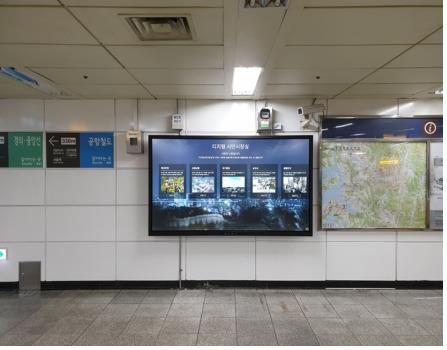 Seoulites will be able to access the Digital Mayor’s Office by a 100-inch television with a touchscreen installed at various subway stations. (image: Seoul Metropolitan Government)

In an emergency situation, real-time video footage of a nearby closed-circuit television (CCTV) feed as well as related news will be made available to the public.

This information may be shared via social networks and other online channels.

Seoulites will also be able to access the Digital Mayor’s Office by a 100-inch television with a touchscreen installed at various subway stations including Yeouido Station, Hongdae Station, and Changdong Station.

The televisions, considering the large amount of traffic in subway stations, will display the most vital information to the public, such as air quality, disaster and safety-related news.

“The Digital Mayor’s Office is being introduced after two years of thorough testing,” said Seoul Mayor Park Won-soon. “Now, we will work with our citizens to provide access to as much information as possible via the system.