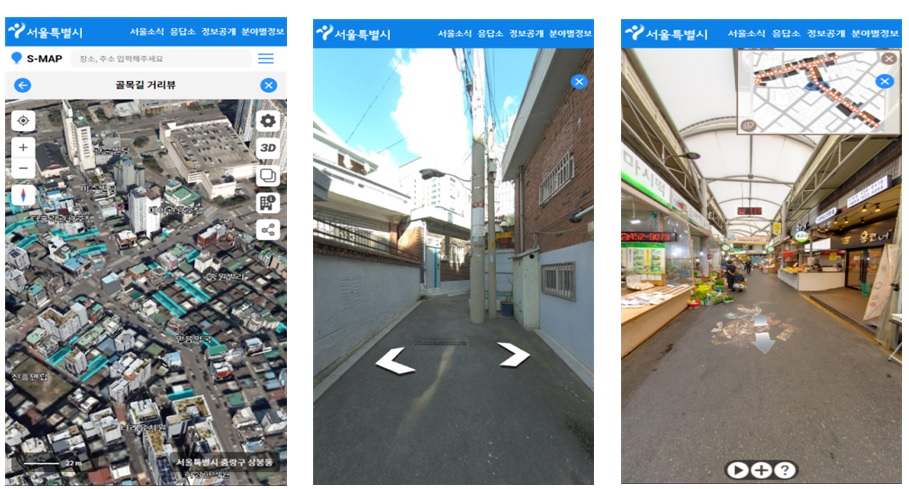 SEOUL, Feb. 22 (Korea Bizwire) — Street views of all 14,699 alleyways in Seoul, including those of narrow back alleys unavailable even in commercial road view services, will be available within the first half of this year, the city government said Tuesday.

The city government created 53,715 images of the alleys over the past two years to offer the complete street views of every alley that even online map services by major internet portals like Naver and Daum have not provided so far, officials said.

Street views of 10 districts north of the Han River, including the central district of Jongno, will be accessible starting Wednesday, while those of Gangnam and 13 other districts south of the river will be available in June.

The service will be first available on the city government’s digital map platforms — map.seoul.go.kr and smap.seoul.go.kr/m — and on internet portals likely before July.

The city government said the new service is expected to improve road accessibility for people using wheelchairs and strollers, and help firefighters respond to emergencies.

The city government has also collected the locations of safety installments in Seoul, such as surveillance cameras, security lights and emergency bells, in order to use the information to improve security measures in needed areas.