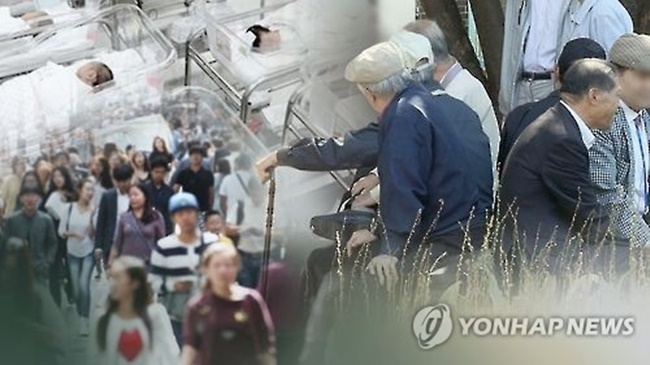 On the other hand, Gyeonggi Province, which surrounds Seoul, is forecast to see a 1.13 million increase in the number of residents with the total to hit 13.56 million in 2045.

“Those big cities will experience a sharp drop in the number of residents as people keep leaving urban areas due to higher living costs,” said the statistics office.

The cities will also be hit by the aging population as the country’s economically active population will start to decrease from 2017′s 37.63 million and reach 27.72 million in 2045.

There will be 1.58 million economically active people in Busan in 2045, down from 2.55 million recorded 30 years earlier.’