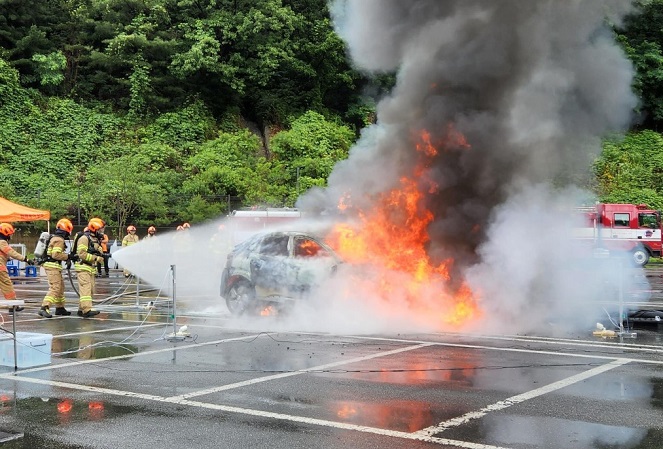 SEOUL, June 17 (Korea Bizwire) — As the number of electric car fires continues to increase along with the prevalence of such vehicles, firefighters are looking for the optimal way to extinguish electric vehicle (EV) fires.

In South Korea, the cumulative number of EV registrations exceeded the 250,000 mark in the first quarter of this year. There were 69 electric car fires between 2017 and 2020.

The fire department carried out its experiments using an EV provided by Hyundai Motor Group.

The experiment measured a variety of data, including the lithium ion battery’s heat explosion phenomenon ranging from ignition to natural extinguishment and changes in temperature by the stage of fire.

The fire department tested various firefighting methods, including cooling extinguishment by discharging a massive amount of water, water discharging after installation of a fire blanket, and the use of a cooling pool.