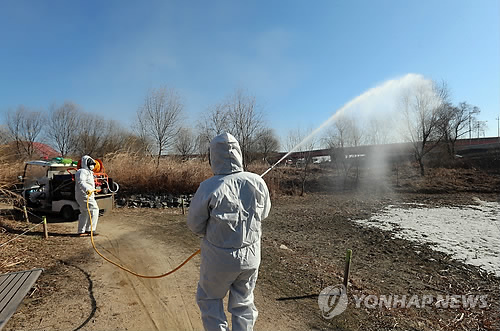 Restriction zones were established, and control measures are ongoing after a highly dangerous case of AI was detected on Seongnam Moran market, a large traditional market located near Seoul. (image: quarantine measures are done in Gangseo Marsh Ecological Park/Yonhap)

SEOUL, Jan. 3 (Korea Bizwire) – Seoul Grand Park will be closed from December 30 through January 9 in its aim to tightly control the looming risk of bird flu or avian influenza (AI), as well as foot and mouth disease. Local authorities immediately beefed up quarantine efforts and started disinfecting farms around the country over the New Year, following a reported case of AI.

Seongnam Moran market, a large traditional market located near Seoul, decided to suspend its operations this week, the first such measure in its more than 50 years of operation, after a highly dangerous case of AI was detected on the premises.

The aftereffects of the confirmed case of AI began to be felt in Seoul Grand Park, located only 19 km from the market. When outbreaks of AI are found, an area with a radius of 13km is typically designated as an emergency zone.

Migratory birds were blamed as a source of the highly contagious H5N8 virus in the last outbreak of bird flu here on Jan. 16. Over 14 million animals had been slaughtered until an end to the outbreak was declared in September, causing billions of dollars in damage. 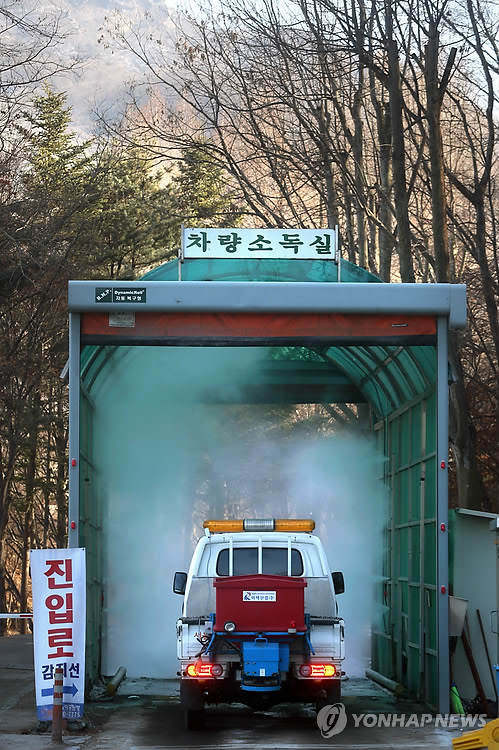