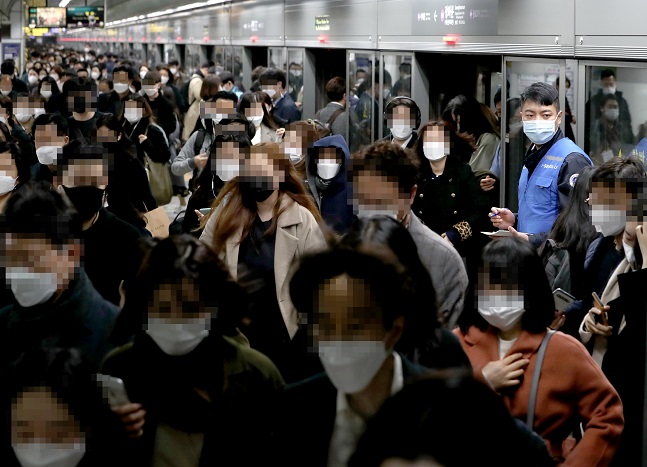 Passengers file out of a subway train at Gwanghwamun Station in downtown Seoul on Nov. 13, 2020. (Yonhap)

Under the deal signed in mid-November, Seoul Metro and Ricardo will jointly assist Sydney Metro in the design, construction, operation and maintenance of two subway line extensions.

The West line and the Western Sydney Airport link are scheduled for completion and opening in 2030.

The three-year consulting deal is worth 7 billion won (US$6.3 million) and calls for Seoul Metro to send experts to review the project and draw up an effective operation plan for Sydney Metro.

“Sydney is a city with enormous growth potential, and we are pleased to take part in the first-ever construction and consulting project for a city railway not only in Australia but in the entire Oceania,” said Kim Sang-bum, CEO of Seoul Metro.

“We will spare no effort to share the know-how we have accumulated over 50 years while operating Seoul’s subway system to ensure the successful operation of Sydney’s city railway system,” he said.