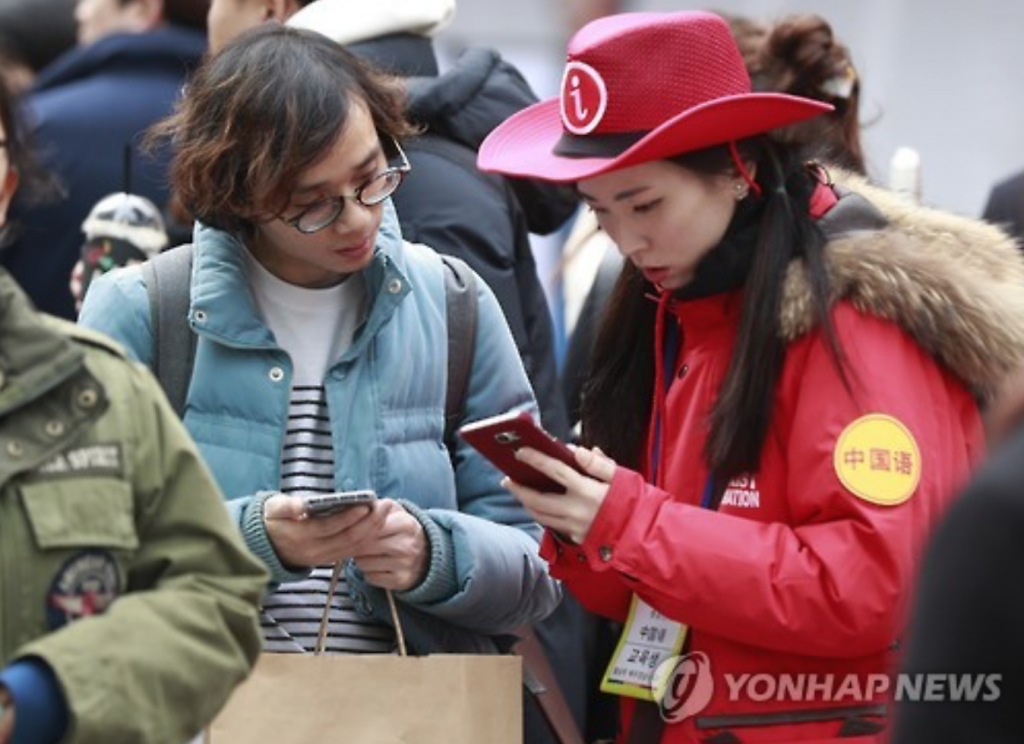 Last month’s survey by the Korea Association of Travel Agents revealed that 25 percent of Seoul’s Chinese language interpreters have changed jobs as a direct result of the plummeting number of Chinese tourists. (image: Yonhap)

SEOUL, May 31 (Korea Bizwire) – The Seoul Metropolitan Government said Tuesday that it is creating 200 jobs exclusively for Chinese-speaking travel interpreters, with China’s travel ban to South Korea still in effect.

According to city officials, the application process will run from May 31 until June 15, and the new recruits will serve as the city’s travel interpreters for individual tourists, and guides at tourist attractions including the Seoul Donhwamun Traditional Theater, and the newly-opened Seoullo 7017.

“By bringing the new jobs to the public sector, we’ll not only help the interpreters continue building on their job experience, but also improve the quality of service at Seoul’s key travel destinations,” the city said.

Seoul’s new employees will earn 65,600 won ($58.38) per day, working eight-hour shifts, although some will be working flexible hours depending on the demand, it added.

Last month’s survey by the Korea Association of Travel Agents revealed that 25 percent of Seoul’s Chinese language interpreters have changed jobs, while 18 percent moved to mainland China, as a direct result of the plummeting number of Chinese tourists.