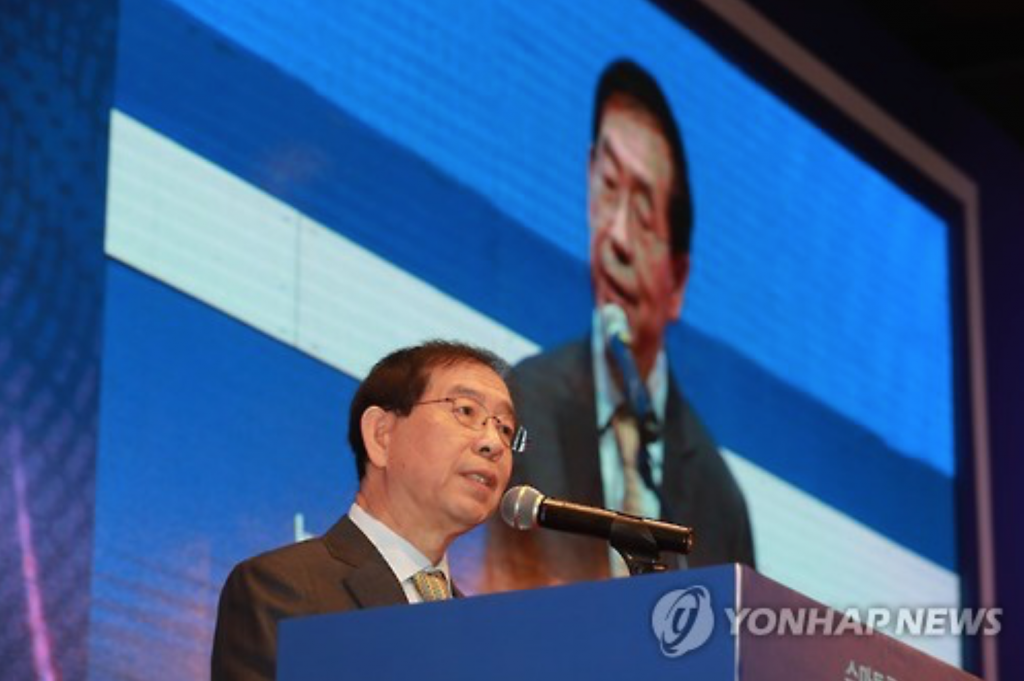 “Just like water still flows underneath ice, we must continue our cooperation with the North even amid political and military discord.” (image: Yonhap)

The city’s “Grand Design” comes from mayor Park’s beliefs that peace must be established beforehand in order to better prepare for reunification.

The plan is based on three principles – mutual prosperity, separation of economy and politics, and civilian participation. Park suggested three areas of cooperation (infrastructure, economy, and civilian) with ten major tasks to be fulfilled.

Among the tasks is to improve the water quality of the Taedong River, which flows through Pyongyang, and reform Pyongyang’s water and sewage networks, with Park suggesting the establishment of a joint waterworks.

Cooperation for urban safety and disaster response such as flood prevention, snow removal, and maintenance of dilapidated buildings, as well as refining traffic systems and the public transportation network were also proposed by the mayor as part of infrastructure cooperation.

In terms of the economy, Park and his team would review establishing an industrial complex in Pyongyang for animation production.

With North Korea’s former collaboration experience for cartoons like Pocahontas and Pororo the Little Penguin already at hand, Park anticipated further partnership could lead to a highly lucrative venture.

He further emphasized that the tentatively-titled “South-North Animation Center” could serve as a joint-production system for animation, as well as an education platform to nurture professional men and women from the two Koreas.

Seoul’s plans for civilian exchanges include helping North Korea register its historic legacy as UNESCO World Heritage Sites, in addition to hosting North Korean athletes to the 2019 National Sports Festival, which will mark its 100th anniversary in Seoul.

“Just like water still flows underneath ice, we must continue our cooperation with the North even amid political and military discord,” he said.