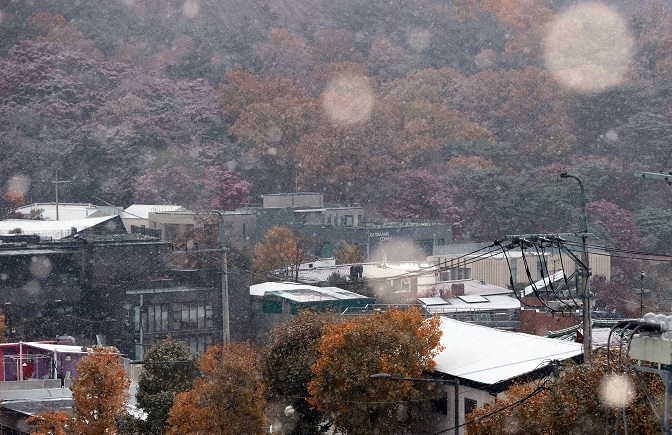 The KMA records the first snow seen at the Songwol-dong observatory as Seoul’s first snow of the season every year.