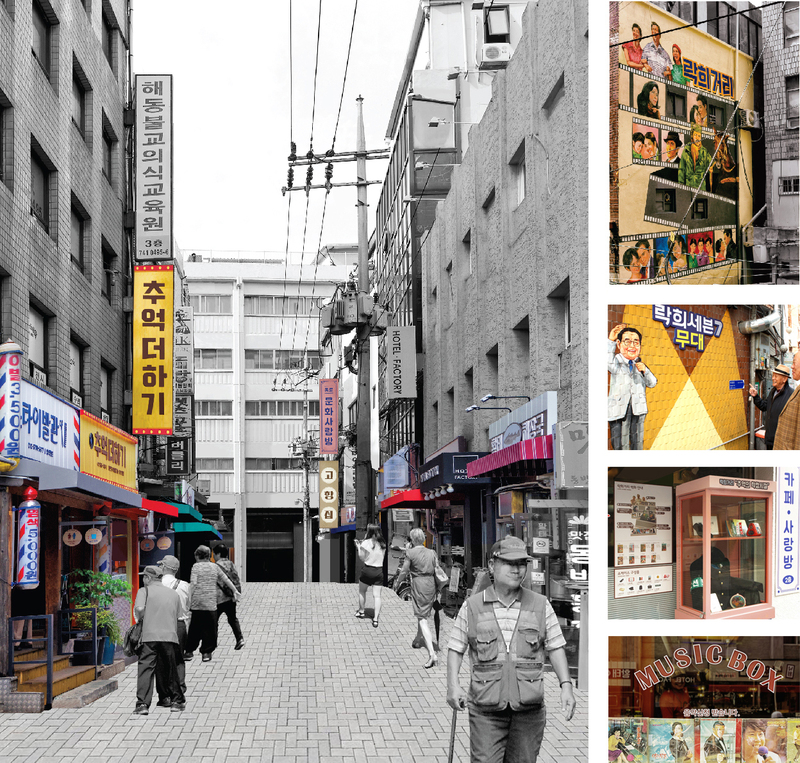 Also installed on the street were signposts with bigger fonts and signs for seniors with poor eyesight or cognitive ability, cradles for walking sticks newly installed at various venues, and an automated external defibrillator in case of health emergencies. (image: Seoul Metropolitan Government)

SEOUL, Nov. 30 (Korea Bizwire) – Tapgol Park, located in central Seoul, is a popular destination for local seniors, with some 6,000 elderly visitors flocking to the park each day. In a move that is sure to appeal to the park’s faithful, construction work on an adjacent street has recently been completed, with a new design and services to better serve seniors in the area, and in the future, other members of Korea’s rapidly aging society.

According to the Seoul Metropolitan Government, the 100-meter street stretching from the park’s north gate towards the Nakwon Musical Instruments Arcade was recently remodeled into Lucky Street (pronounced “lak-hee”, meaning the “joy of music”).

To begin with, the walls were painted with hit movie posters from the 1960s and 70s, while store signs were re-written in old writing styles, recreating memories from the “old days”.

One of the Lucky 7 services is the establishment of “friendly stores”, which are venues (stores, restaurants, or barbershops) offering extra services to the elderly, such as allowing older men and women to use their restrooms or giving them free water to take medication regardless of whether they purchase goods and services or not. A total of 11 establishments on the street volunteered for the program, the city said.

Also installed on the street were signposts with bigger fonts and signs for seniors with poor eyesight or cognitive ability, cradles for walking sticks newly installed at various venues, and an automated external defibrillator in case of health emergencies.

Other services in the area include brochures at stores and restaurants listing basic manners that both the elderly and employees must follow, and restaurant menus in larger writing, again, to assist individuals with poor eyesight.

“We worked together with local residents and vendors to renovate the area so that the elderly can have a better experience,” said a city official. “We’ll continue our support so that the project serves as an example (for other regions), in which active participation by residents helped improve on the area’s inconveniences through new design.”