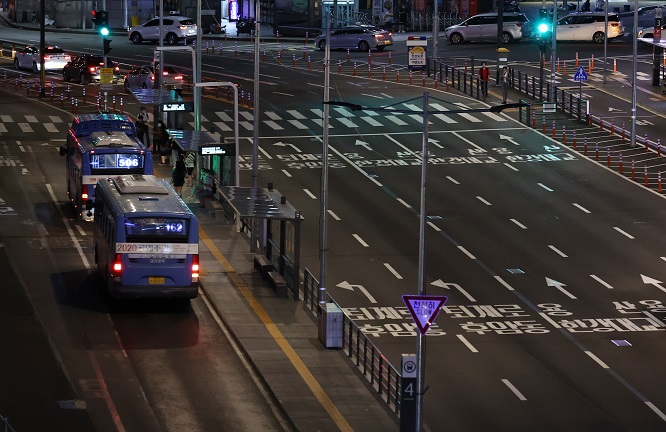 SEOUL, April 5 (Korea Bizwire) — The Seoul city government will expand late night bus routes later this month in line with the country’s gradual return to normalcy from the aftermath of the COVID-19 pandemic, officials said Tuesday.

The routes for night buses operating from 11 p.m. to 6 a.m. will be increased to 14 from nine, with 100 buses to run on the lines, up 28 from now, according to the city government.

The N65 route, currently running from Gaehwa-dong in western Seoul to Siheung-dong in southern Seoul, will also become longer and separated into two — N51 and N64.