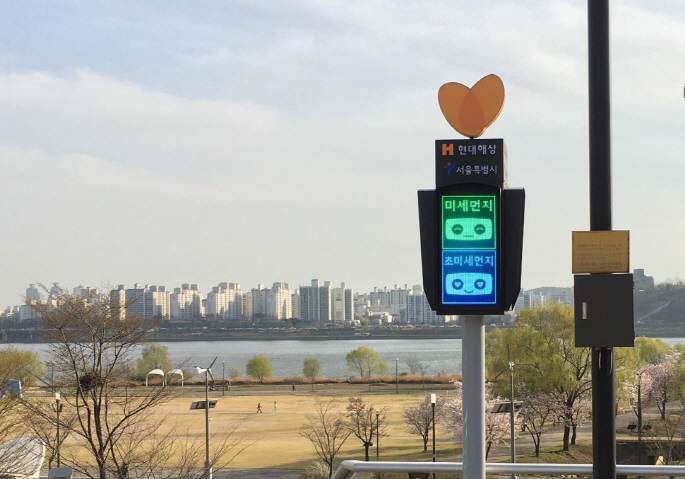 SEOUL, Apr. 11 (Korea Bizwire) — The government of Seoul said Thursday it will install signal lights to display levels of fine dust air pollution at all riverside parks in the capital to caution citizens against health hazards.

A total of 12 fine dust signal lamps will be installed at major entrances to all of the 11 public parks in Seoul along the Han River, by Friday, the municipal government said.

The 11 public riverside parks include those in the Yeouido, Ttukseom, Jamsil and Mangwon areas, it noted.

Blue indicates very good condition, or a PM 10 reading below 30 micrograms, and a PM 2.5 level below 15 micrograms.

The signal lights will be updated every hour with numerical information sent from the nearest of 50 air quality monitoring stations throughout Seoul via LTE communication networks.

The municipal government said it will also install fine dust signal lamps in other public parks in the capital.