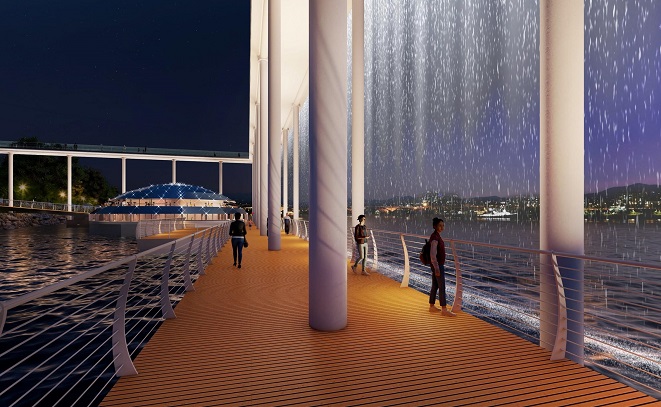 This image, provided by the Seoul city government, illustrates the walking trail to be installed on Seonyu Island on the Han River in western Seoul.

SEOUL, Jan. 26 (Korea Bizwire) — The Seoul city government will create a walking deck floating above water on the Han River by the end of next year to offer new attractions, officials said Wednesday.

The 192-meter-long deck, comprising a walking trail on the first floor and an observatory deck on the second floor, will be connected to the small river island of Seonyu in western Seoul, officials said.

An 80-meter-wide water screen will be set up with a fountain falling from the second floor, about 15 meters above the ground, to the first floor.

A now-defunct fountain near the island, which was originally built to celebrate the 2002 Seoul World Cup, will also be renovated into a dome gallery with a transparent floor and a massive surround LED screen installed inside. 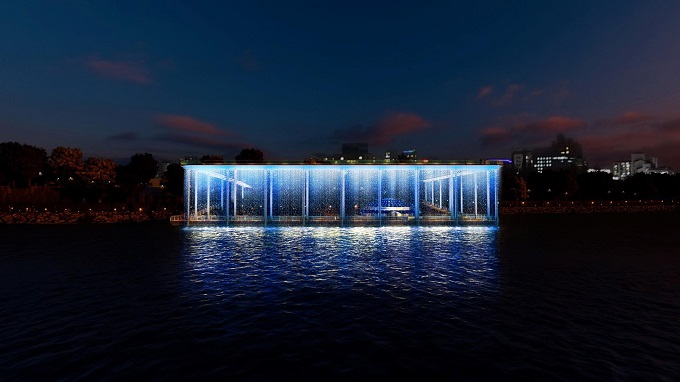 This image, provided by the Seoul city government, illustrates the walking trail to be installed on Seonyu Island on the Han River in western Seoul.

The city government plans to complete the design by June and start construction later this year to open the facility to the public by the end of next year.

The city government said it picked Seonyu Island for the project, as it is connected to Yanghwa Han River Park and offers a magnificent view of Seoul.

The walking trail will offer people a chance to experience the feeling of walking above the Han River and enjoy rest on the waterside, the city government said.