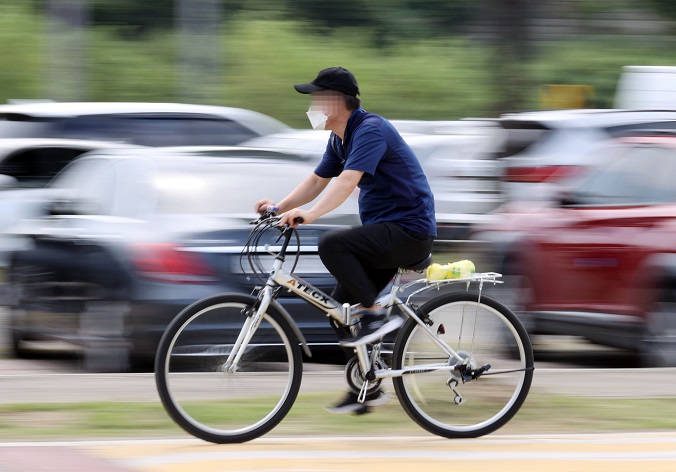 This Sept. 9, 2021, photo shows a man riding a bicycle in a Han River park in southern Seoul. (Yonhap)

SEOUL, Sept. 11 (Korea Bizwire) — September has reported the highest number of bicycle accident deaths over the past decade, authorities said Saturday, calling for an improvement in riders’ safety awareness.

According to the National Police Agency and the Korea Road Traffic Authority, a total of 51,240 bicycle accidents were reported from 2011 to 2020, and 971 people died from them.

By contrast, January, February and December — the less active winter season — reported only 48, 34 and 51 deaths, respectively, in the 10-year period.

“Bicycles are the same as cars under the Road Traffic Act. Riders should always wear helmets and comply with traffic rules,” the traffic authority said.