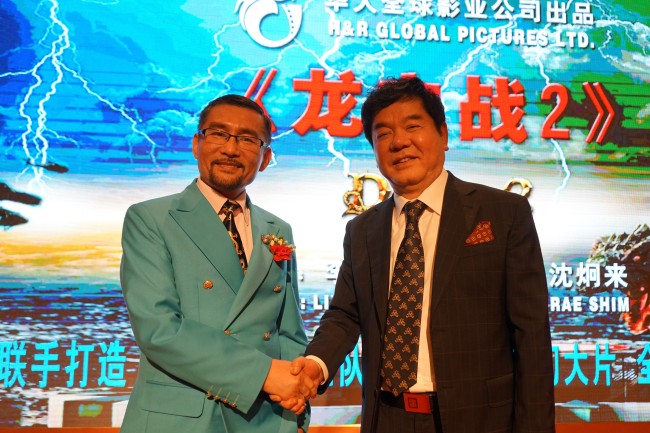 Director Shim Hyung-rae said the quality of the computer-animated film will exceed its competitors in Hollywood. (image: Shim Hyung-rae)

The sequel, “D-War II,” is the first “Hollywood-class” science fiction movie to be produced in China, Shim said at a news conference in Beijing.

Production will begin around June with the movie slated for release worldwide in the summer of 2017, he said.

With the new movie, Shim said he aims to garner more than 4 billion yuan (US$618 million) in revenue.

“China’s film market is growing awfully bigger,” the 58-year-old director said. “It will carry significant meaning in that South Korea and China get to forge collaboration in the video contents sector after their free trade agreement deal,” he noted.

The movie’s production will be financed by the movie production and distribution arm of the state-run Chinese Culture Group Co., which has invested 500 million yuan (US$77.3 million).

Shim, who will join the production as the chief producer, said the quality of the computer-animated film will exceed its competitors in Hollywood, stressing that the movie-making technique has grown 10-fold compared to the past.

With the subtitle “Mysteries of the Dragon,” D-War II depicts a fictional war between the U.S. and Russia in 1969 as the two countries try to land the first human on the moon.

The original movie attracted 8.4 million viewers in South Korea and grossed $11 million in the U.S.

One thought on “Sequel to ‘D-War’, Hollywood-level Sci-fi Film, to Debut Next Year”