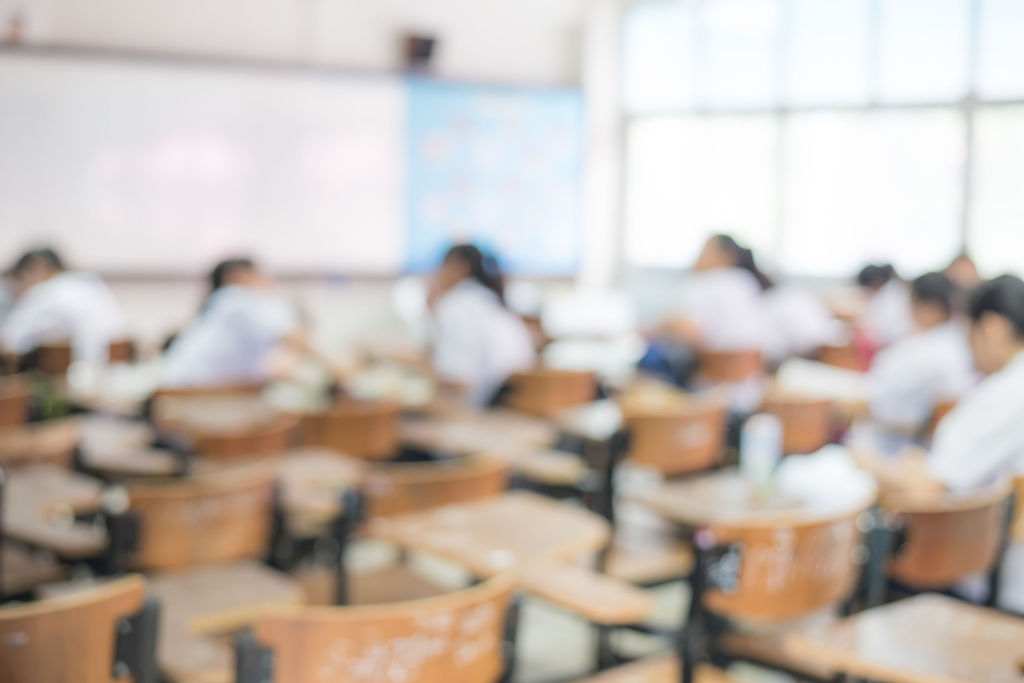 Paper-based exams are held in the high school’s gymnasium, a rare occasion in South Korea where in-class exams are the norm. (Image: Kobiz Media)

Since its founding in 2011, Dongtan Global High School has been conducting some of its exams without supervising teachers in order to help students develop an awareness of moral and ethical principles, and help them grow into global citizens who can prosper in the international community.

Paper-based exams are held in the high school’s gymnasium, a rare occasion in South Korea where in-class exams are the norm.

For every 200 students attending a single exam session, most schools would deploy five or six invigilators to monitor student conduct, but unlike other schools, Dongtan Global High School authorities are confident enough to rely on the conscience of the students, with only one teacher on standby at the front the gymnasium in case students have questions or need assistance.

“There were worries at first, but as students make a pledge not to cheat every year, we have yet to experience academic misconduct,” said the school’s vice-principal, Yoon Yeong-bul.

“Though first-year students and parents often question the fairness and academic integrity of exams, after sitting in a few exams without supervision, most students feel proud of themselves,” Yoon added.